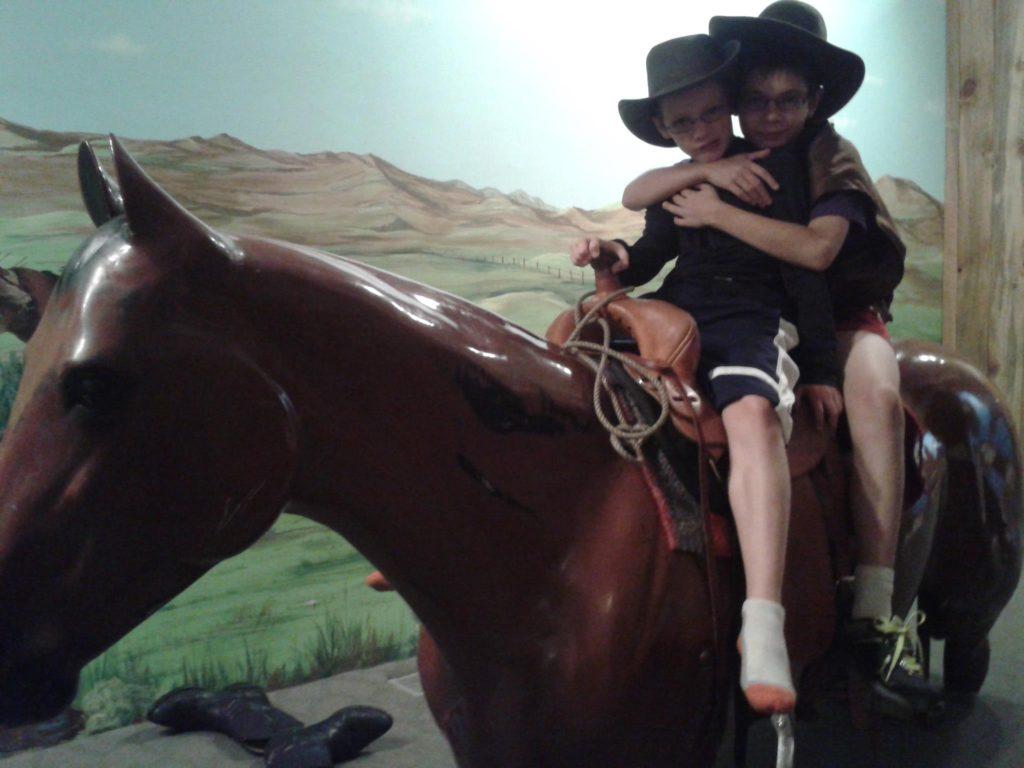 What can happen in two years and eleven months? A newborn can grow into full-fledged toddlerhood. An adolescent can begin and finish an entire middle school career. A picture book manuscript can receive twenty-one rejections (one that included a request to rewrite and resubmit)…and finally, finally connect with an editor! It’s possible! It’s true!

I am so very excited to share my news:

Wendy McClure at Albert Whitman & Company has acquired Caroline Starr Rose’s picture book RIDE ON, WILL CODY!, an action-packed adventure on the Pony Express starring young Will Cody—better known as Buffalo Bill — as he takes his most famous ride. Publication is scheduled for Fall 2017. Tracey Adams at Adams Literary negotiated the deal for world rights.

In the summer of 2012, my family took a road trip to Denver and the communities nearby. While we were in Golden, CO, I happened to see a sign for a Buffalo Bill museum and asked my three guys to indulge me in a little side trip. We drove up a winding mountain to the museum on the crest. As I wandered through the exhibits I saw everything I love to write about — history, determination, and grit. That’s when I decided I’d like to try my hand at a Buffalo Bill story.

The following January I dug into researching this larger-than-life man, sure my book would focus on his Wild West show. But it was a story about his boyhood days riding for the Pony Express that really captured my imagination. According to legend, fourteen-year-old Will Cody took the third longest ride in Pony Express history. It covered 322 miles, required 21 horses, and lasted 21 hours and 40 minutes. The only time Will stopped was to switch horses.

I’ve written on the blog about this manuscript in veiled terms over the years (I’m not quite comfortable sharing my ideas until they are official):

A year and a half ago, I wrote about reworking the manuscript after an editor showed interest.

Last fall I shared about it being rejected ten months later by that same editor. Oh, it was disappointing and hurt a lot, too. But I walked away with a stronger piece, and I was grateful for that.

After realizing this spring that Ride on, Will Cody! probably didn’t have a future, I allowed myself to grieve and wrote this post that ran in early June. A few weeks before that post went live, I learned Will was “riding” to an acquisitions meeting.

It has not escaped my notice that a book about resolve and a long, long ride required a whole lot of determination from this author during its lengthy, circuitous submission journey. And did you notice the numbers? The third longest ride for the Pony Express. Three years on submission. 21 horses and 21 hours. 21 rejections. It’s almost as though it was meant to be this way.

I’m so grateful for my agent Tracey’s support, who ended every rejection email with “Ride on!” I know Will’s found his perfect match in editor Wendy McClure, whose publisher Albert Whitman makes beautiful picture book biographies, who writes about the West herself, and has an MFA in poetry.

Will and I are about to take off on the next leg of our wild ride. To that I say hee-haw!