My most recent verse novel manuscript is told in two voices. Without giving too much away, I’ll say it’s a story of friendship forged in the midst of hostile circumstances. For most of the story the friends, Alis and Kimi, aren’t together.

Working with author Darcy Pattison’s idea of a shrunken manuscript, editor Cheryl Klein’s idea of a book map, and my verse novel as quilt metaphor, I created what you see below. 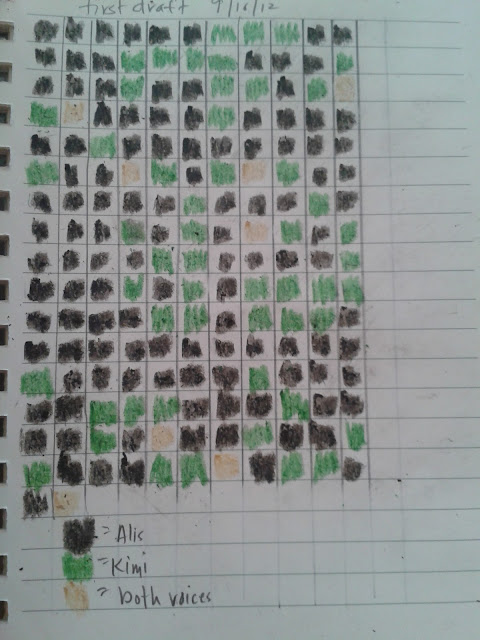 After finishing my initial draft, I “quilted” the division of voices within the story. You’ve probably noticed the same thing I have: Alis’s voice dominated this draft. 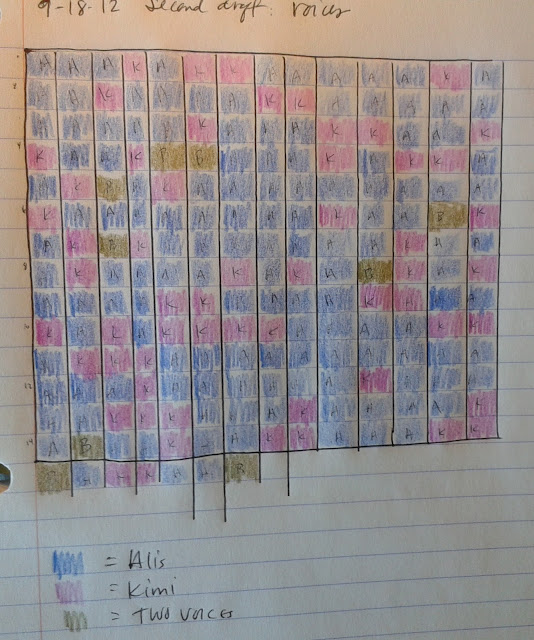 With the second draft, I added more opportunities for Kimi to speak, but it’s still pretty heavily dominated by Alis. 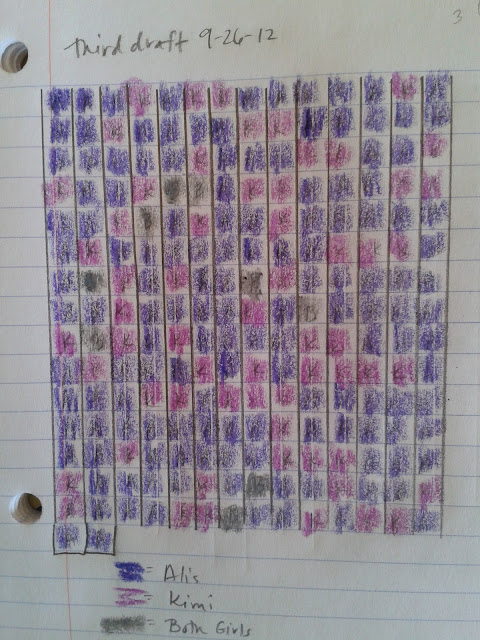 With the third draft, Alis is still the voice heard most often, but Kimi’s poems have increased, and the blending is better. Notice in the first two drafts I ended with a dual voice poem. I figured as it’s a story of friendship, things had to end that way. But now I’m not so sure. I start the manuscript with Alis making her way in the world and end in a similar place. I feel like this is the best way to tell her story and Kimi’s, too.
Of course, this is all subject to change. I’ve taken the story as far as I’m able alone. As my critique partners respond to this draft, I’ll be curious what they have to say about this aspect of the story. And I plan to quilt the story in terms of sub-plots before it goes to my agent next month.
Are there any visual techniques you use during revision?