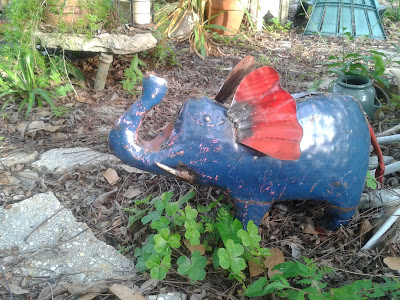 I have read a lot lately about Accelerated Reader (AR): the program, the books, the ways it encourages/discourages reading, advantanges/disadvantanges to participating… the list goes on. The discussion has been lively, interesting, and broad in the opinions expressed.

Several readers have found me by searching for AR titles (which I include in my after-school book clubs). Every year, more schools are participating. Every day, new books are added to the system.

For those of you who aren’t familiar with AR, it is a testing program meant to encourage children to read more and at their reading level. Though schools handle the specifics differently, children earn points for passed tests which can then be used to earn rewards. For example, my son, now in third grade, earned the most points for his grade last year (86, but this Mama’s not counting, or anything) and received a trophy at the end of school closing ceremony.

Where do I fall on the AR debate? Below I’ve pasted a comment I left at Good Reads several months ago.

This is such an interesting discussion to read, as a teacher, mother, and writer. When I first started teaching, AR was optional, and I avoided it, feeling the way many of you have mentioned. Later I became part of a school where it was required. I’ve seen it push children to read. My own sons, natural readers, are very excited about it. It saddens me, however, to see kids held to a reading range, where they can’t sample titles above or below. Several of my older students told me they couldn’t read certain books that connected nicely to my curriculum because they were below their reading level. And many, many kids only pick up books if they are AR, the saddest aspect of the program. However, new and old books are being added to the list daily. I know when I do sell my manuscripts, I will push to be an AR title, as those books get purchased and read.

It’s a mixed bag, isn’t it? Natural readers will read. My son reads both AR and not, happily. Children not so enamored with reading might struggle or find success with AR. What really needs to happen, AR or not, is for teachers and parents to be passionate avocates of literature, reading what’s current and what’s classic, discussing these titles with their children, asking questions, engaging in the conversation that great literature creates. This is how to “make” readers!

What do you think?