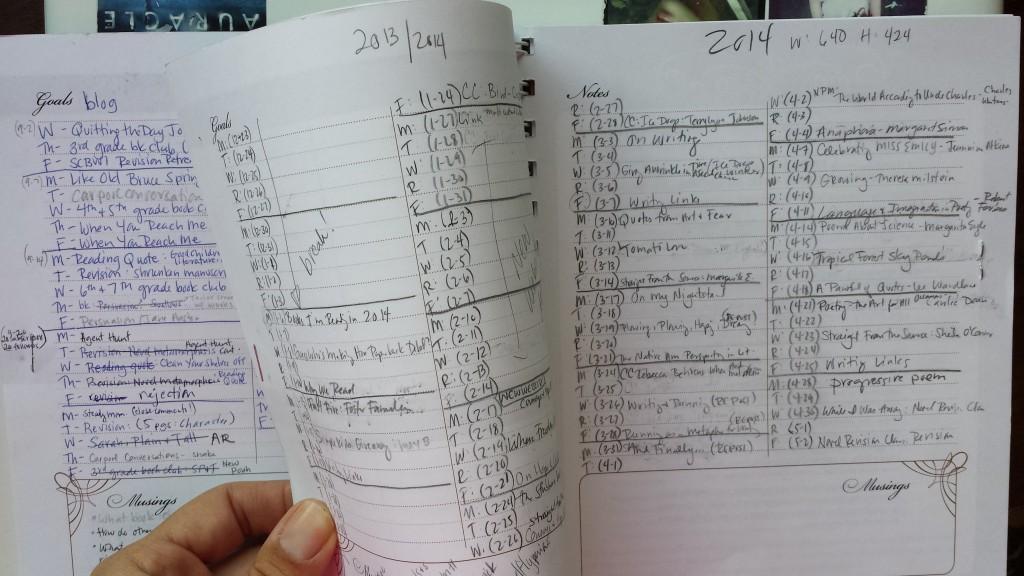 I started blogging in September 2009. By then I’d been writing for over eleven years, and though I had no publishing leads, I decided to jump in feet first: I quit my teaching job and started writing full time.

Though opinions have since changed, anyone who was trying to get published “back then” was supposed to blog.* I’ve often been thankful I started writing long before the blogosphere was born. While it was sometimes lonely writing on my own, it was also simpler, too — fewer distractions, no one else’s writing regimen or sales to compare to my own experiences. I sometimes wonder if I’d started writing then how far I would have gotten. How easy it would have been to try and keep up with everyone else on-line and altogether forget about the actual writing thing.

I remember checking out a book about blogging, and though I didn’t understand a lot of it, one thing stuck with me: with so many voices out there, a blogger needed a unique angle. I decided my blog would be called Caroline by line, a name I hoped would be catchy, would be a play on “by line,” and would help people learn I was a CaroLINE and not a CaroLYN (Five years later, I still get LYN-ed as much as before). I opened a free account on Blogger and committed to talking about writing and reading, but also the publication process as I was learning about it. I also threw in some bits and pieces on teaching. These were the things I knew and loved.

Using a weekly planner I got through Writer’s Digest, I kept record of my blog posts. I posted five days a week until I sold May B. (roughly seven months in), then switched to three times a week. In 2010, I took off the weeks of Thanksgiving and Christmas. In 2012 I gave myself a whole month of sabbath in July. It’s a schedule that I’ve stuck to since.

Though many who started blogging around the time I did have since hung up their fiddles**, I’ve continued on. Not because I’m so great, but because I’ve really fallen in love with it all. After sending manuscripts into the void, sometimes never to be seen again, having immediate feedback from readers was and is the most amazing thing. Some of my most popular posts have been my Running a Book Club for Kids series, this Third-Grade Reading List I created for the said book club, a post on sod houses, and my interview series with author/teacher Donalyn Miller discussing her title, THE BOOK WHISPERER.

I’ve tried regular features. Some have succeeded, some have fizzled, some I’d like to revive: Classroom Connections, a series meant to introduce teachers to new books; Fast Five, an up-close look at five books that share something in common; On Writing and Why We Read, which are simply quotes on the reading and writing life; Navigating a Debut Year for those new to publication; and most recently, Straight from the Source, a series of interviews with authors of historical fiction. Then there was Carpool Conversations, little nuggets I overheard while driving the neighborhood kids to and from school.

Some of you are new around here, and some of you have stuck around since the very beginning. I’m so grateful for all of you and this journey we’ve been on together, from those first days I stepped into the world as an unemployed, unrepresented author to the present, with one book in the world and four more under contract.

Thanks, friends! This blog wouldn’t exist without you.

*Now it seems those of us who write fiction have been cut some slack. It’s you non-fiction folk who are absolutely required / no excuses / get to it / must blog. Or not. Whatever works for you.

**Sometimes only frontier slang will do.