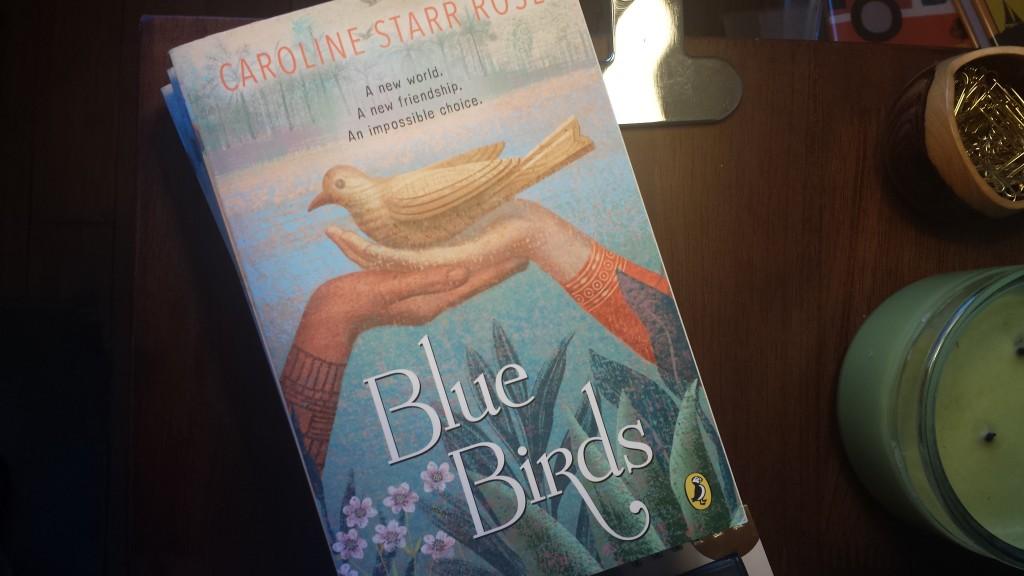 This June I was in Santa Fe with my dear friend Anna and took a moment to check my phone. I opened an email that began like this…

Anna took one look at me and asked if something was wrong. I must have had a strange expression on my face because I know for a fact I didn’t comprehend what I was reading. What was the Jefferson Cup Award? I figured Blue Birds had made some sort of special list, but certainly hadn’t won an award. When and how and where and why would that happen?

I babbled something to Anna, who immediately said, “Call Dan and your mom!” Anna then searched for the Jefferson Cup website and read to me what she found there:

The Jefferson Cup honors a distinguished biography, historical fiction or American history book for young people. Presented since 1983, the Jefferson Cup Committee’s goal is to promote reading about America’s past; to encourage the quality writing of United States history, biography and historical fiction for young people and to recognize authors in these disciplines.

I spent the rest of the day in a giddy state enhanced by the fact that one of the very people who’d inspired the friendship portrayed in Blue Birds was right by my side.
In October I’ll fly to Virginia to receive the award along with verse novelist Melanie Crowder, whose book Audacity won the Young Adult division. It has not gone unnoticed that both Melanie’s book and mine are verse novels. I feel like this is a statement to the form’s ability to relay history in an accessible, meaningful way.
As for that email I read in Santa Fe, it also included this:

The story of The Lost Colony is well known to most of the Jefferson Cup Committee members, since that event was a precursor to the settling of Jamestown, Virginia.  Roanoke Island is quite familiar to me, as the Outer Banks of North Carolina are approximately an hour away from my home.  Committee members found the beautifully written fictional story of Kimi and Alis, meeting during those tumultuous months on Roanoke Island, to be plausible and in agreement with theories of what became of the residents of the Lost Colony.
Ms. Rose’s beautifully descriptive writing, the research, historical notes, and the glossary of Algonquin words impressed us all.  As the Jefferson Cup for Young Readers winner, Blue Birds will be among books highlighted at the upcoming Virginia Library Association’s Annual Conference.  Blue Birds will be prominently featured on the Jefferson Cup Award website and in the annual Jefferson Cup Award brochure that is widely disseminated to librarians at the state and national levels.