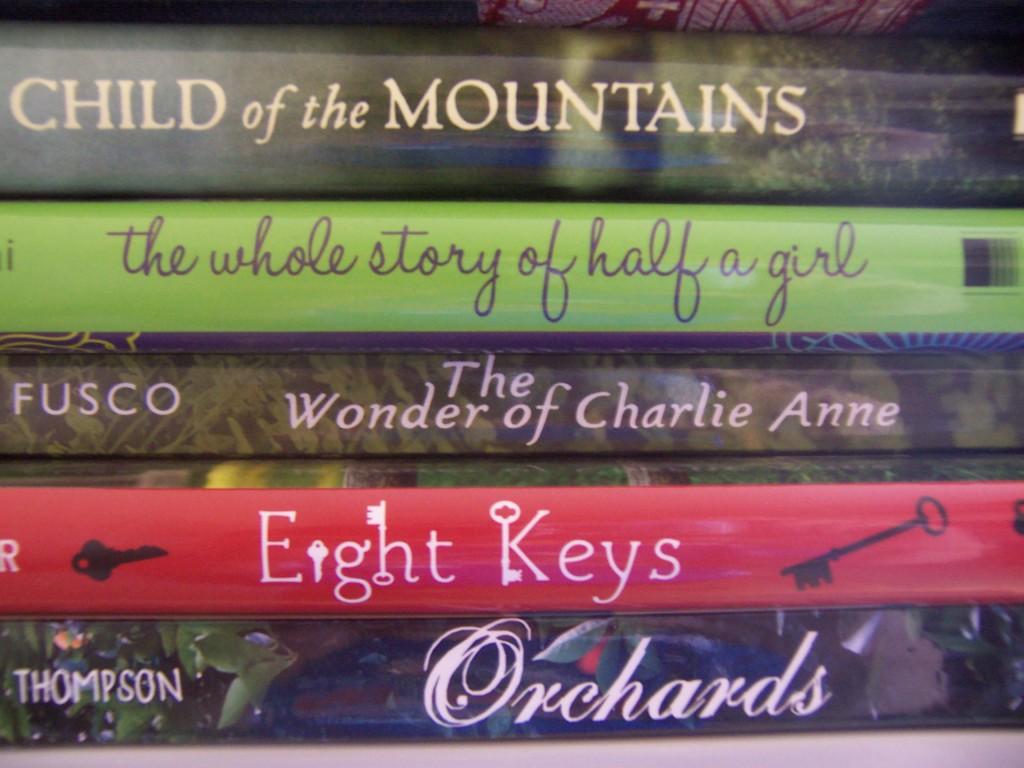 Because this series has become popular on Pinterest, I’ve decided to run it again.

Book clubs are a fabulous way to get kids reading. I’ve run both after-school and summer book clubs with varying degrees of success. Over the next two weeks I’ll share some tips on how to form a book club, how to select books, how to run a meeting, and pitfalls to avoid.

I found while teaching sixth and seventh-grade social studies that an after-school book club naturally grew out of a classroom assignment I’d created called Where in the World Are We Reading. Students were to read 1-2 books each term and keep a detailed “Travel Log” about what they learned. By purchasing inexpensive packs of historical fiction through Scholastic Book Orders, I was able to extend the project in a new way.

I offered extra credit to any student who read either PEAK or REBEL HART for their assignment and attended the book club discussion. Just reading the book wasn’t enough. Kids had to be present and active in the meeting. Discussions were very lively and sometimes spilled into class time. My sixth graders were passionately split on which book was better and once had an impromptu desk-pounding session where one half of the room chanted, “Rebel Hart! Rebel Hart!” and the other half answered, “Peak! Peak!”

That same summer I led two book clubs. Both groups read FEVER 1793. We met several times to create reading journals, act out scenes, and play games, all relating to the story in some way. I assigned specific pages to be finished before each meeting, so discussion could follow the progression of the story. One of the most memorable parts of the summer was the Yellow Fever Performance, where my students studied and then acted out the stages of the disease. The gross-out factor helped everyone remember exactly how the disease played out!

The following year, though I’d stop teaching to write full time, my wonderful principal allowed me to keep the after-school book clubs. I met three times a month (yes, you read that correctly!) with three different age groups: third graders, fourth and fifth graders, and sixth and seventh graders. It wasn’t easy juggling three books, book lists, and groups, and some clubs fared better than others. Some kids stuck it out the entire year, some came once or twice. Through the process, I learned a lot about what worked and what to avoid.

Have you ever been involved in a book club for kids? Are you interested in starting a group? I’d love to hear about your experiences and ideas.