I keep a notebook for each book I write. I thought it might be fun to share some of those pages with readers through a series of posts. Today’s post, the second in the series, will focus on my first picture book, Over in the Wetlands.

In going through the notebook I kept for Wetlands (the same one I used for May B.), I was reminded it wasn’t my first attempt at loosely patterning a manuscript after the traditional Over in the Meadow rhyme. Before Over in the Wetlands came Over in the Bosque. (The bosque is a wooded area found along riverbeds in the southwestern part of the United States.) My manuscript focused on the Rio Grande Bosque, a cottonwood forest that runs from southern Santa Fe to the Bosque del Apache National Wildlife Refuge, a winter haven for sandhill cranes.

But I digress! That poor little manuscript never went anywhere, but it lead me to Wetlands, so it served its purpose.

As happens when I write a rhyming picture book, a lot of my notebook is devoted to rhyming words and patterns.

I have absolutely no idea why I thought the rhythm pattern I’ve written above was something that would work. That’s what a notebook is for — experimenting, playing, making lots of mistakes, and finally figuring it out!

I knew a hurricane played a key role in the story (I describe it as the book’s antagonist or “bad guy” when I go on school visits), but I wasn’t sure how to work the storm in. We had a new puppy while I was revising, and one night when she woke me up to be let out, the hurricane’s words came to me in a form that was much more direct and active than anything I’d tried before:

It’s always interesting to me to see what early ideas make it into the final book — or how one idea inspires the next:

I really like where the moon rests low. It feels familiar and is a sentiment / image I’m partial to. Have I’ve used something like in another book I’ve published…? I don’t quite remember!

*Where the cypress stand is a little joke. Get it? 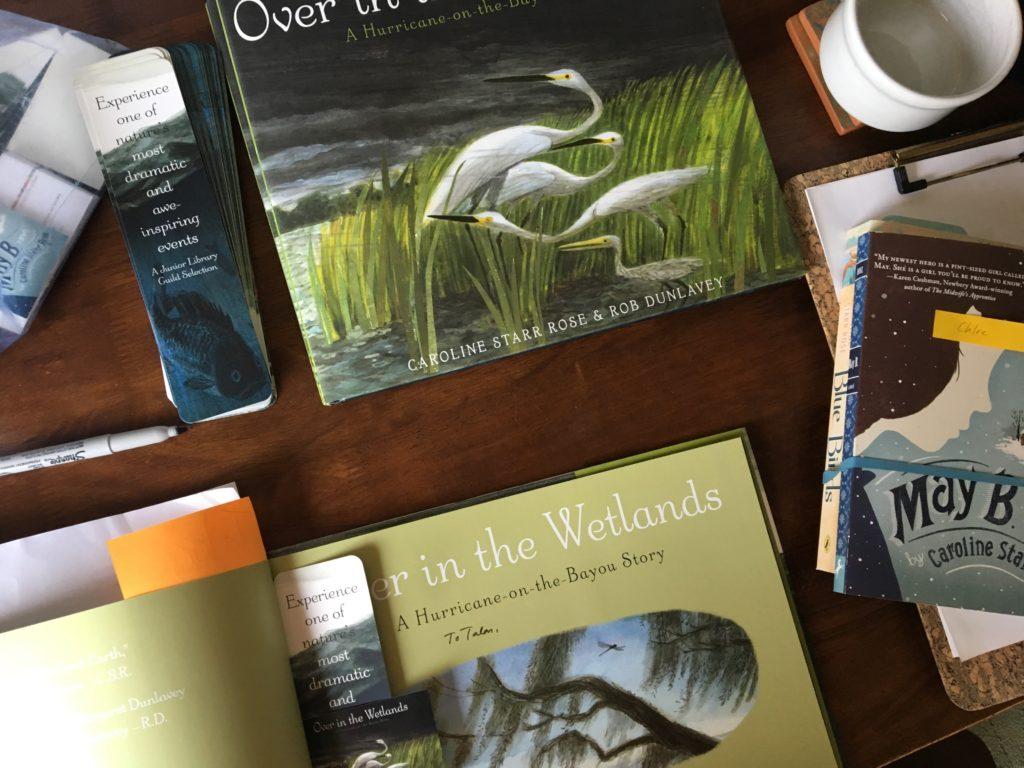 I’ve always thought owning picture books is like having my own collection of inexpensive art. So I wanted to alert you that Amazon is currently selling my dear Over in the Wetlands for only $7.00 — that’s a savings of $10.99 or 61% (Really inexpensive art).

If you’ve enjoyed this book, I hope you might share this with a fellow reader. If you haven’t yet read it, now’s the time to consider getting your own copy. 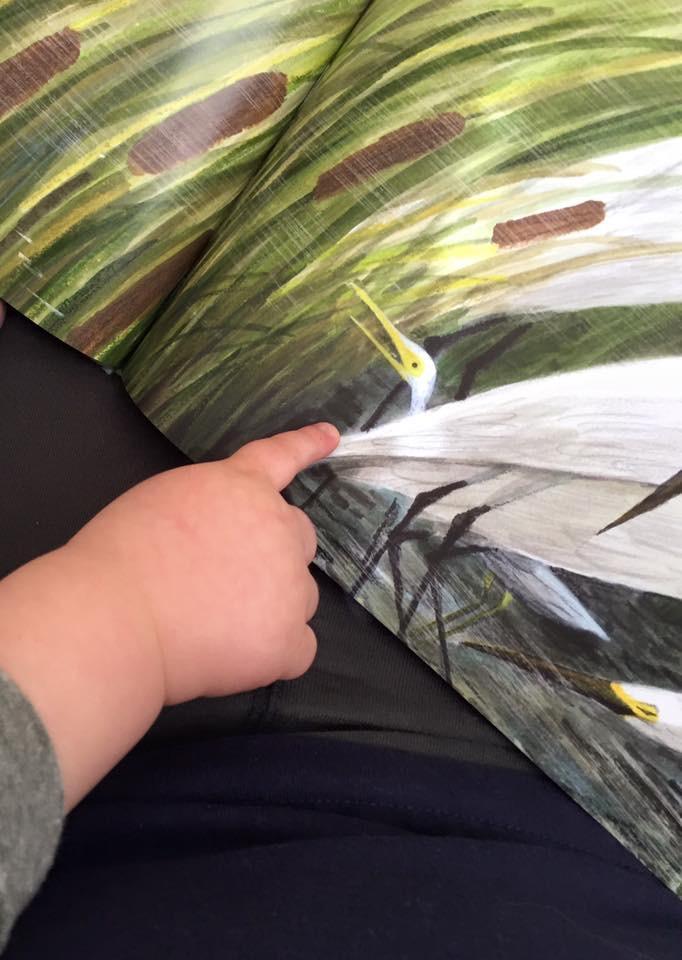 The Classroom Bookshelf has just published an incredible post about Over in the Wetlands that I wanted to pass on. You can click through to read an overview of the book and ten Teaching Ideas and Invitations for readers K-8.

So much to love.

First, as a former upper elementary and middle school teacher, I am so pleased to see others actively using picture books with older children. Second, these lesson ideas cover a number of disciplines, from art to science to literature to geography. There are a couple of other picture book suggestions that parallel nicely with Wetlands as well as a number of website resources.

And don’t forget the Over in the Wetlands Discussion Guide and Activity Sheets Random House Children’s Books produced for the book.