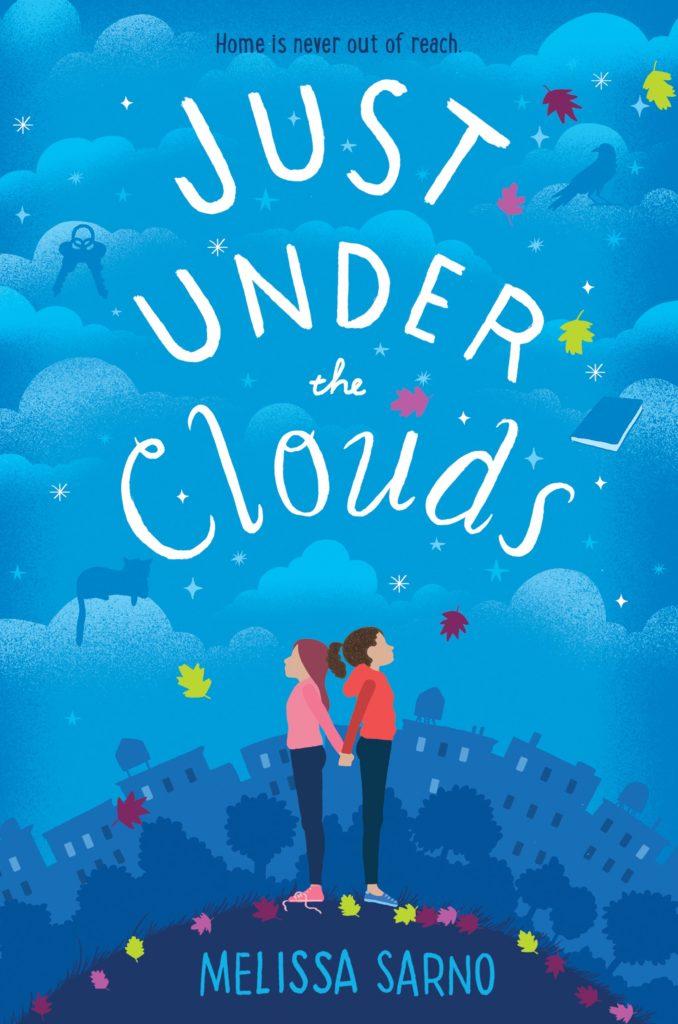 Just Under the Clouds is a novel for middle grade readers about Cora, a 12 year old girl living in a homeless shelter in Brooklyn with her mother and sister. When their room at the shelter is ransacked, the family moves in with her mother’s old friend and Cora discovers “the tree of heaven”, a tree that can grow in even the worst conditions. It sets her on a quest to understand the true meaning of home.

When I wrote the novel, I was living in Brooklyn and I was struck by how many beautiful trees and plants were growing along the sidewalks where I wandered every day. I started to dream up a girl who loved climbing trees in New York City and it evolved into a story about seeking safety and permanence in something as stable and sturdy as a tree. This was also around the time when Super Storm Sandy struck my neighborhood and I began to think about some of the inequalities in the way people lived and how fleeting a sense of home can be.

I have always been attuned to nature, even while living in Brooklyn, but my research allowed me to understand my surroundings better. I learned to identify a lot of the trees on my street (the most popular street tree in New York City is a London Plane tree, because it absorbs carbon dioxide best.) I also learned a lot about crows and how they can recognize places and faces and keep returning to them. There’s a houseboat in my story because I had seen a small community of houseboats on the Gowanus Canal in Brooklyn. I learned a bit about how some people live on them, like where they get electricity (through solar energy) and running water (through rain filtration). It made me want to live on a houseboat someday!

What are some challenges associated with writing about a difficult topic like homelessness?

I think the biggest challenge was getting past my own ideas of what it means to be homeless, which were originally pretty stereotypical. It’s easy to get wrapped up in a statistic or an “issue” and I also know that, as a reader, I am turned off by books that hammer home a message rather than tell me a good story. In order to overcome the obvious pitfalls, I felt I had to write about a girl who happened to be homeless, instead of a “homeless girl”, if that makes sense. I had to listen to Cora’s story and learn who she was as a person shaped by her experiences rather than someone defined by her circumstances.

The topic most central to the book is home and I think classrooms can explore what home means to students, whether it’s a place, a person, a feeling, or something else entirely. It’s also a book that I hope will inspire and encourage kids and teachers to think about the natural world around them, whether they live in the city, the country, or somewhere in between. Identifying what surrounds us, understanding how things grow, how we can help them grow, and connecting them to our own needs and desires can be a fun and thoughtful lesson.