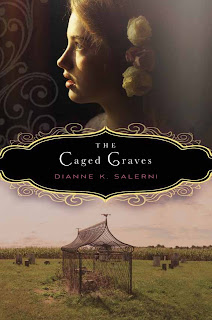 Please give us a brief glimpse into your book.
In 1867, seventeen year-old Verity Boone returns to her birth town of Catawissa to marry a man she’s never met. Raised by distant relatives after her mother’s death, Verity not only has to re-acquaint herself with a father she barely knows, but shortly after her arrival she’s horrified to discover iron cages erected over the graves of her mother and her aunt.

Her father provides an explanation, but Verity has reason to believe he’s lying. Nobody wants to talk about these women’s deaths, and half the town is obsessed over a lost Revolutionary War treasure that may or may not exist. To make matters worse, Verity’s betrothed is not as charming in person as he was in his letters – and not half as delightful as the doctor’s apprentice in town. Between her discontent over the engagement and her crusade to learn the truth about her mother, Verity doesn’t realize she’s stirred up secrets that might land her in a grave of her own.

What inspired you to write this story?
In a lonely cemetery outside the sleepy mountain town of Catawissa, Pennsylvania stand two graves enclosed in iron cages … 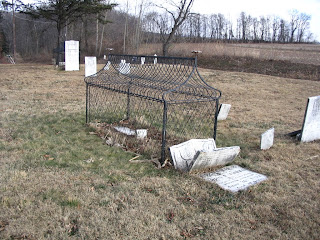 That part is true. There are two caged graves in an abandoned cemetery outside Catawissa. They date from 1852, and even the local historical society can only speculate why two sisters-in-law were buried this way. From the first time I saw these graves, I knew I had to write about them. And since no one knows the true story, I had free reign with mine.

Could you share with readers how you conducted your research?
Except for visiting the graves in person, my research was conducted entirely from books and the internet.  Luckily, there are a number of historical documents available online that gave me a good look at the history of Columbia County, Pennsylvania.  I was able to look at maps, census records, diaries, and even photographs of the time period.

What books have shaped you as a reader and writer, from childhood to the present?
I think this book was most shaped by my childhood love for gothic mystery and romance. I was influenced by writers such as Mary Stewart, Phyllis Whitney, and Mary Roberts Rinehart – all of whom I was reading by middle school. My love of historical fiction came later, as an adult, and in THE CAGED GRAVES, I hoped to incorporate the best elements of mystery, romance, and the creepily bizarre into a historical setting. 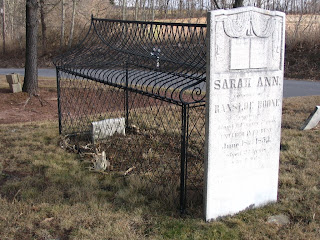 What are some special challenges associated with writing historical fiction?
I think the most challenging part is getting the language exactly right. It takes a careful scrutiny of the text to pinpoint words and phrases that are anachronistic for your targeted time period. We are so accustomed to using phrases such as “figure it out” that they are hard to catch, and idioms such as “carry a torch for” are often not as old as they sound. (To “carry a torch for someone” dates from about 1920.)

Are you working on anything new?
Right now I’m working on my MG fantasy series for HarperCollins. Book one, THE EIGHTH DAY, will be released in the summer of 2014. It’s about a boy who discovers a secret day between Wednesday and Thursday – and a mysterious girl in the house next door who exists only on that day.

To learn more about Dianne and her books, visit her website.
CAGED GRAVES is coming May 14, 2013. To preorder, stop by Amazon.