SCBWI-New Mexico’s second annual Enchantment Show took place earlier this month. The show celebrates the work between the illustrator and the author by flip-flopping the traditional creation process. Instead of the illustrator responding to an author’s words, authors are assigned an illustration and produce a page of writing in response. 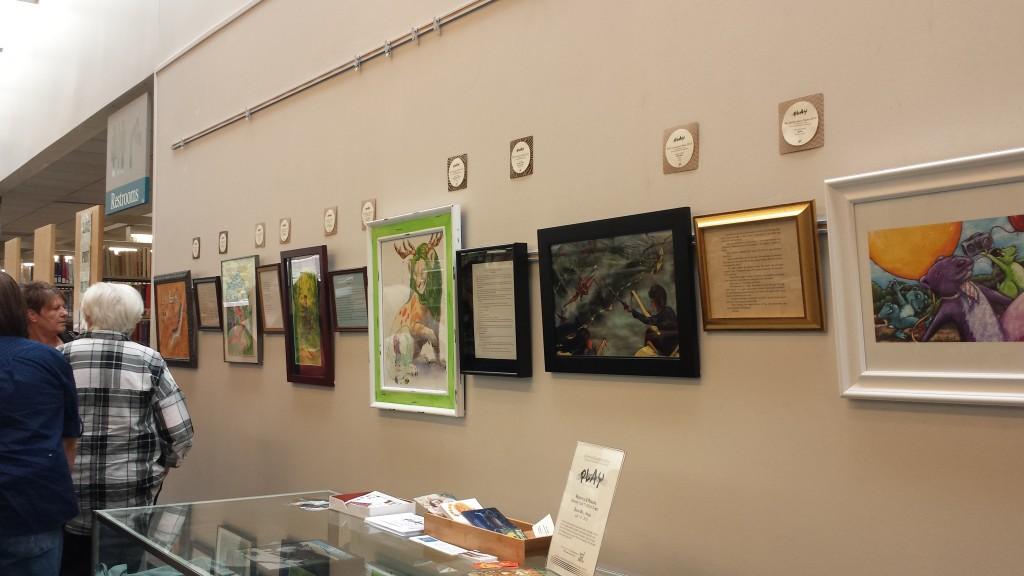 I’ve talked here before about the importance of writing bits and pieces not meant for publication. Giving voice to a poem I would have never cooked up on my own was especially satisfying. 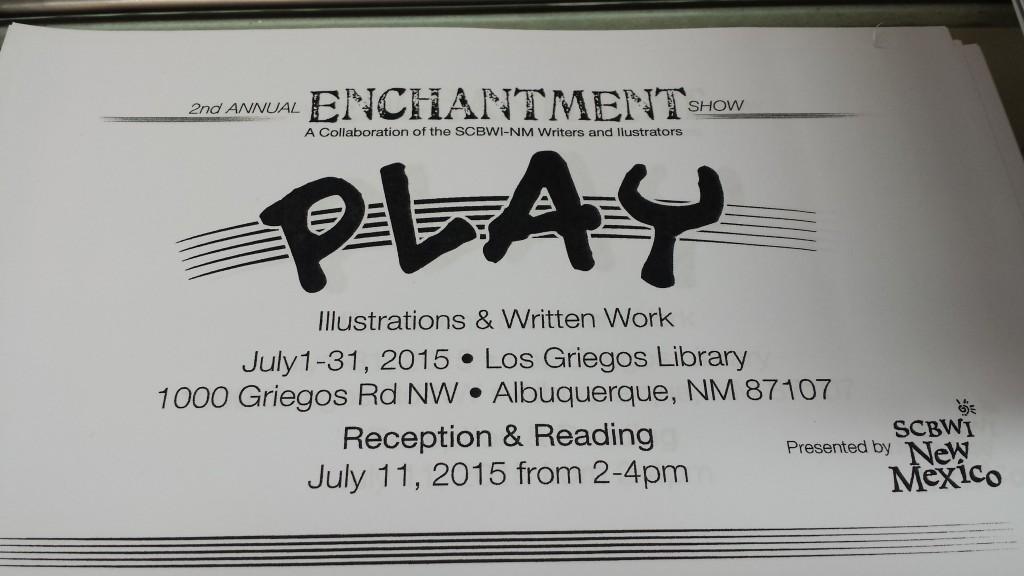 This year’s theme was Play. A jpeg of Alan F. Stacy’s “Moonlight Serenade” arrived in my inbox, a picture capturing southwestern animals making music under the light of the moon. I didn’t know who the illustrator was or what he’d called it. I wasn’t even sure about the animals he included. Was that a coyote or a wolf? A Skunk or a badger? 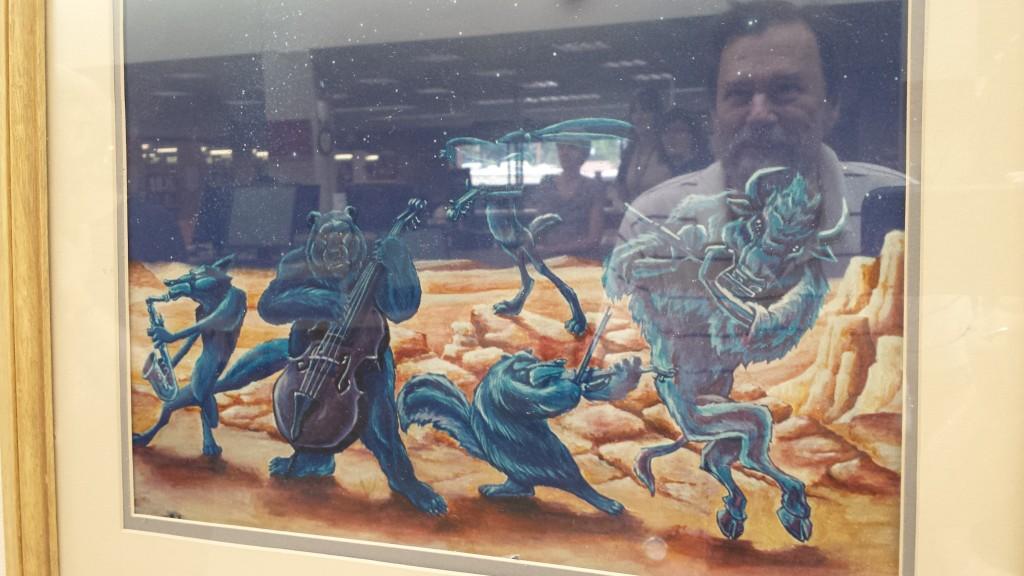 (See Alan reflected in the glass?)

An idea came to me. What if the animals played the stars into the sky each night, led by Badger on his violin? Here’s where things get fun. I called My poem “Starlight Serenade,” almost exactly what Alan named his picture.

When night is hush, the world below
takes upon moon’s silver glow,
awaits the magic that begins
as Badger lifts his violin.

A sparkling song trembles and swells
enchants the heavens with its spell,
invites the first star to join in
when Badger plays his violin.

The orchestra now
takes its place —
Wolf on his sax,
Bear thrumming bass.
The music builds,
calls stars to sing
as Rabbit grabs
his set of strings.
Clear notes pour
from one lone flute,
echo across the arid butte.

Whispering to the sky’s deep hue,
a hint of light slips into view.
Note by note the music fades
as darkness shifts to azure day.

Across the firmament sun roams
and shadows stretch to evening gloam.
These foretell what’s always been
when Badger lifts his violin.

What a great collaborative experience the creative process can be!