Last week, when I posted on Facebook that I’d wrestled a massive tumbleweed to get in my van, Gae had me promise I’d write a tumbleweed post — complete with pictures — on my blog. 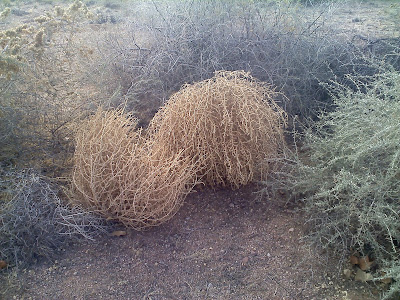 For people who’ve never been to the Southwest, tumbleweeds are mysterious, weird dried things that roll around in old Coyote and Roadrunner cartoons. 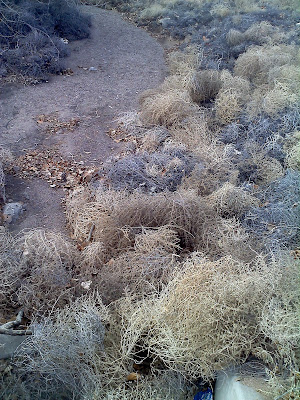 In college my sister, fascinated by tumbleweeds, took one back to school as her carry-on item. Years later, I found it in her guest room closet. 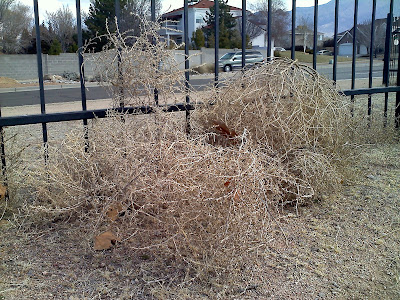 Last Thursday, I brought my phone along on my run and tried to see the trail with outsider’s eyes. 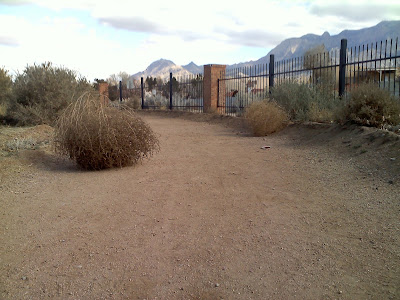 Those weeds took on a beauty of their own, resting up against the dusky greens of the chamisa, the dried branches of other desert shrubs, 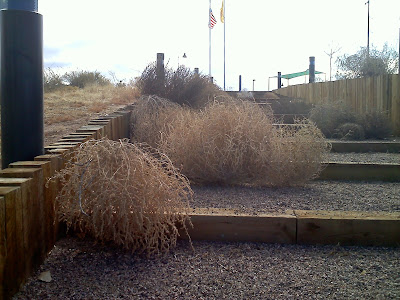 skipping down steps, crushed against fences, gathered on the slope of a dry arroyo. 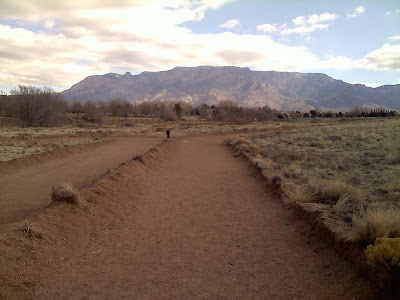