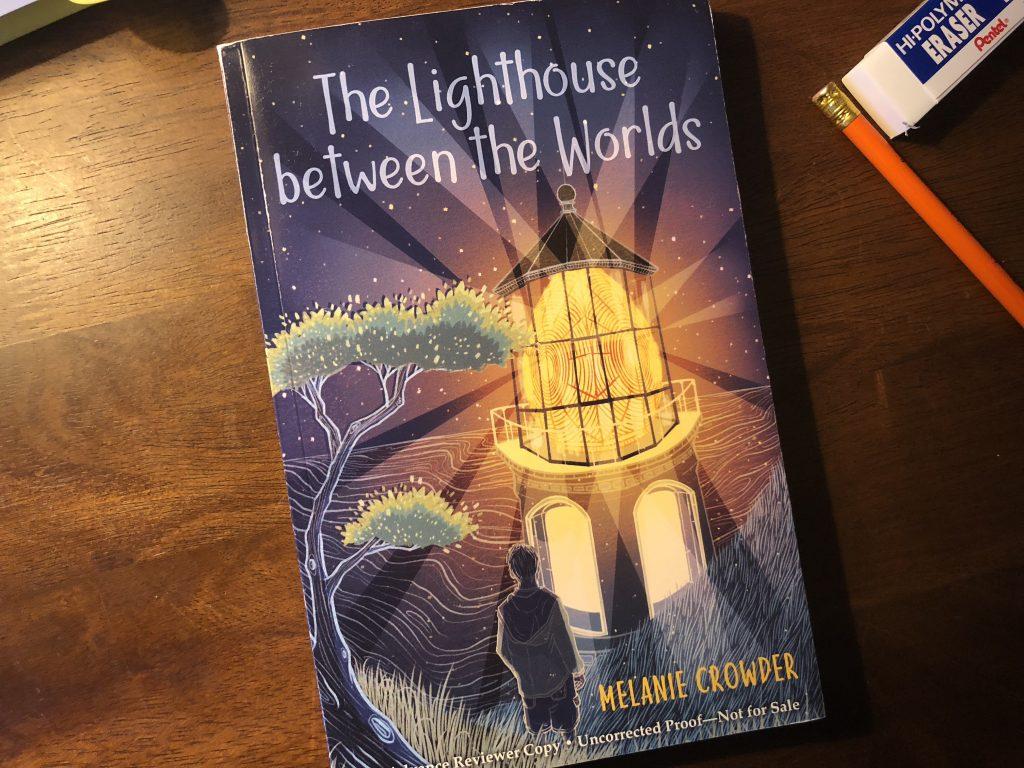 In the fall of 2016, Melanie Crowder and I met for the first time. We’d known each other on line for a while and finally got to meet in person on our way to the Virginia Library Association’s annual meeting (where our books were both awarded the Jefferson Cup for Historical Fiction).

On that drive, we talked about the work we were doing. Melanie mentioned a new project that involved a lighthouse. That book, The Lighthouse between the Worlds, will meet the world next month. I asked Melanie what first drew her to this story. Here’s what she had to say:

I grew up in Oregon, and the lighthouse that inspired the book, Heceta Head, is just down the coast highway from where my family went camping for our summer vacations. I go home to Oregon every year—I’m still a west coast girl at heart.

I thought of the story when I was out in the wilderness and wondered what it must have been like when the telegraph, or AC currents, or the Fresnel lens came to the West. It must have seemed like magic. And I thought—what if it was? I had no idea at the time that a portal fantasy, with characters jumping between worlds would be the result, but isn’t that the fun of writing—finding those surprises in the process?

Here’s a description of the book:

Griffin and his father tend to their lighthouse on the craggy coast of Oregon with the same careful routine each day. There are hardly ever any visitors, but they like it that way. Which is why, when a group of oddly dressed strangers suddenly appears, Griffin begins to see just how many secrets his father has been keeping. He never imagined that his lighthouse contains a portal to strange and dangerous worlds, or that a Society of Lighthouse Keepers exists to protect the Earth from a fearsome enemy invasion.

But then Griffin’s dad is pulled through the lens of the lighthouse into one of those other worlds. With his father gone, nobody from the Society is giving Griffin any answers, so he’s on his own. Armed only with a book of mysterious notes from his parents, Griffin is determined to find his dad, no matter what dangers lurk on the other side of the portal.

Melanie has graciously offered an ARC for a giveaway. To enter, leave a comment below sharing why you’d like to read The Lighthouse between the Worlds. A winner will be selected Wednesday, September 26. US residents only, please.