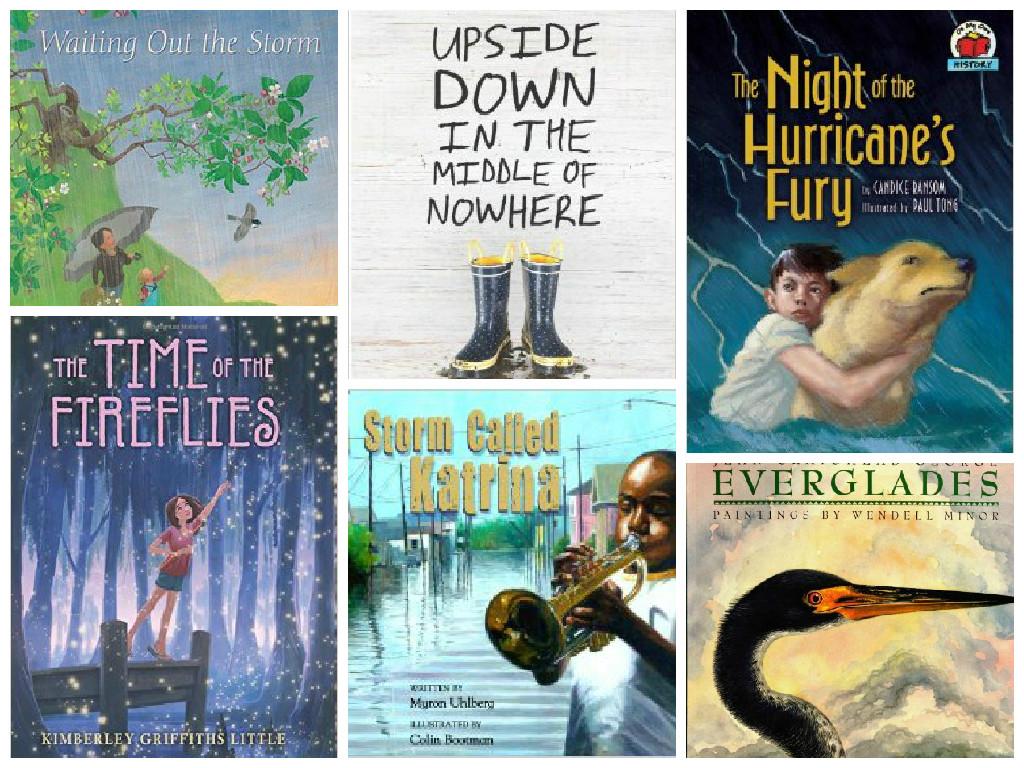 I ran this post just last month to point readers toward books similar to my Over in the Wetlands: A Hurricane-on-the-Bayou Story. With the tenth anniversary of Hurricane Katrina upon us, it felt like the right time to share it again.

This list includes picture books and novels about Katrina, “the single most catastrophic disaster in US History,” stories about other storms, and a collection of books about the wetlands.

Picture Books about Hurricanes and Storms

by Jonathan London
Blue on Blue

by Dianne White
The Storm

by Karen English
Waiting Out the Storm

by Marian Hale
The Night of the Hurricane’s Fury

by Myron Uhlberg
A Place Where Hurricanes Happen

by Lauren Tarshis
Zane and the Hurricane: A Story of Katrina

by Jane Paley
Upside Down in the Middle of Nowhere

by Brenda Woods
Another Kind of Hurricane

Deep in the Swamp

by Jean Craighead George
Here Is the Wetland

by Madeleine Dunphy
Near One Cattail: Turtles, Logs And Leaping Frogs

by Anthony D. Fredericks
Babies in the Bayou

The Wind in the Willows

by Kenneth Grahame
The Yearling

The Time of the Fireflies

Here are a few more titles in listings from Publisher’s Weekly and School Library Journal .