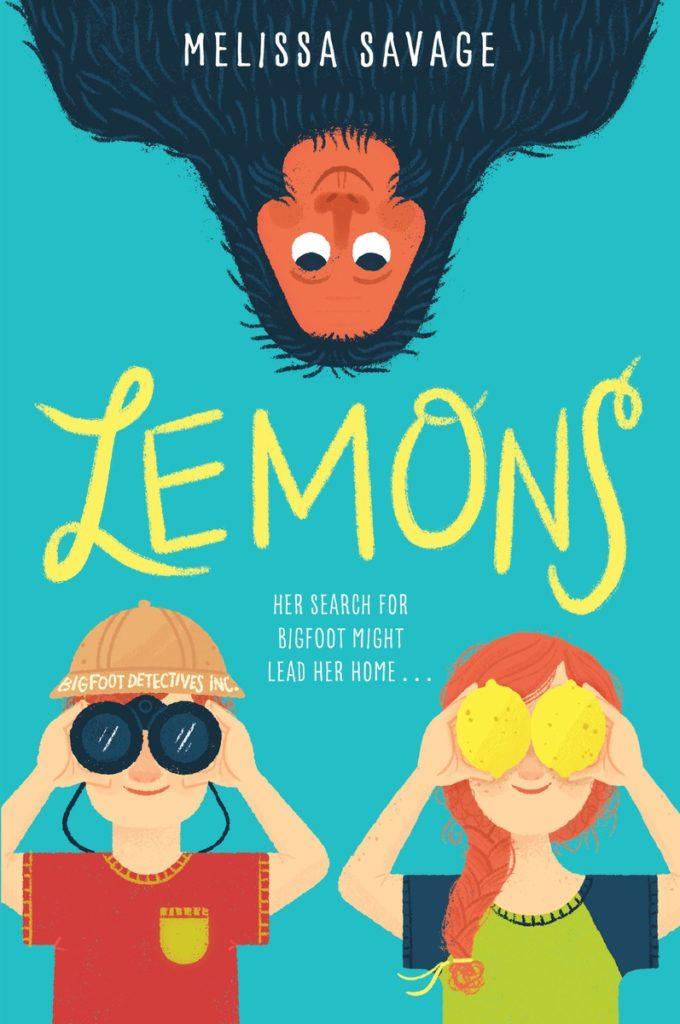 Lemonade Liberty Witt’s mama always told her: When life gives you lemons, make lemonade. But Lem can’t possibly make lemonade out of her new life in Willow Creek, California—the Bigfoot Capital of the World—where she’s forced to live with a grandfather she’s never met after her mother passes away.

Summer seems to bring Lem lemons upon lemons as she deals with an entire new life without any of the comforts of her old home—and then she meets Tobin Sky.

Eleven years old and the CEO of Bigfoot Detectives Inc., Tobin is the sole Bigfoot investigator for their small town. After he invites Lem to be his assistant for the summer, they set out on an epic adventure to capture the elusive beast on film. But along the way, Lem and Tobin end up discovering more than they ever could have imagined. And Lem realizes that maybe she can make lemonade out of her new life after all.

Fans of Kate DiCamillo’s Flora & Ulysses and Katherine Applegate’s Crenshaw will fall in love with this charming adventure story about a girl learning to accept her new life, her quirky detective neighbor, and their epic search for Bigfoot. LEMONS is an unforgettable story about the power of resilience and the ability to accept the lemons that life can sometimes dish out, while creating something sweet from the sourness.

I sent Melissa some questions after I finished reading Lemons. Listen in on our conversation below.

Lemons takes place in the summer of 1975. Talk a little bit about your decision to place the story there.

I really wanted to tell a story from a time in which the characters were not attached to an electronic device. With technology today, I feel like we spend way too much time on the computer or on our cell phones. I wanted to write a story from a period in which kids spent more time outside because they wanted to and had the freedom to explore their surrounding in a way that kids don’t have today. In this story, Tobin and Lem have very loving and attentive caregivers; however, they also have the freedom to explore their imaginations.

Lemonade and Tobin are two very different kids with a couple of key things in common. How did these characters come about?

I would say that Lemonade is a lot like me, trying to find the bright side of things and is sometimes annoyingly opinionated. Tobin is a combination of me and my husband. He is an aerospace engineer and is very scientific. Because he and I are so different, we often have very crazy conversations that I find funny. And I would add them to Lemons. Two conversations straight from our house to Lemons was the conversation about the Twinkie ratio and the wheel well discussion. When he reads my stories, he will often stop and say, “Is that about me?” And I say, “Yep”.

I was intrigued by how Bigfoot became a metaphor for hoping, trusting, longing, and belief as the story progressed. Why is finding Bigfoot so important to Tobin? How about for Lem?

I think the importance for Tobin is twofold, one because he can truly relate to a creature who hides from human beings. Tobin clearly struggles with being bullied for his differences by his classmates and therefore feels very marginalized and insignificant with his peers. And secondly, he has a mistaken belief that if he is the one to make a conclusive discovery of the elusive beast that he will be seen as significant. All in all, it’s clear Tobin would like to be accepted for who he is.

For Lemonade, I think Bigfoot becomes part of her journey of healing and exploration of a new world, including a new family, friends and even new insights about herself and her mother in the very town her mother grew up. In the beginning, Lem believes Willow Creek is the last place in the world she should be, but soon she comes to the realization that Willow Creek is where her new story begins. And Bigfoot has a large part in helping Lem carve out a new place for herself in that new world.

Your book deals with some pretty heavy subjects: grief, loss, and war, to name a few. Can you talk about your desire to handle (and handle so masterfully) such weighty topics in a middle grade novel?

I’ve worked as a child and family therapist for many years and my writing generally focuses on issues some children grapple with. Most recently I’ve worked with children and families who struggled with the loss of a loved one. Although these subjects are heavy, there is always hope in healing from adversity, and more than anything, I want to portray hope in every story I create. When a child comes to me and tells me he/she has gone through the same thing or that they know someone who did, I know they are telling me because this aspect of the book resonated with them. And more than anything, I’d like kids to know they are not alone in whatever they may be going through.

Jennifer Weiner’s The Littlest Bigfoot released last fall, Lemons comes out tomorrow, and Jennifer Park’s The Shadows We Know By Heart comes out in July. While all three books are different, they share Bigfoot in common, which is pretty unique. What’s that been like for you? (I ask because few months before my first novel debuted, I discovered there was a book almost exactly like mine that released a few weeks later. What are the chances?!)

Honestly, I have not read either of these books (although they are on my list to read), but I love that there is more being written about Bigfoot! I think it’s such a fun mystery for kids! I hope that more books will be written on the subject. Meeting kids all around the country has shown me that they are as excited about Bigfoot as I am, and I think it’s a subject matter that can be explored in so many different ways. Currently, I am writing a story on the UFO incident in Roswell, New Mexico. I found another author on Twitter who lives overseas and writes humorous alien middle grade books. I was so excited that we share this and would love to talk with him about his series! I truly think that we are all so individual with different ideas and experiences that we can each bring a uniqueness to the same subject matter. Each story can be a completely different experience. I look forward to reading both The Littlest Bigfoot and The Shadows We Know By Heart!

Be sure to stop by and read Tuesday’s post at Bookhounds YA.