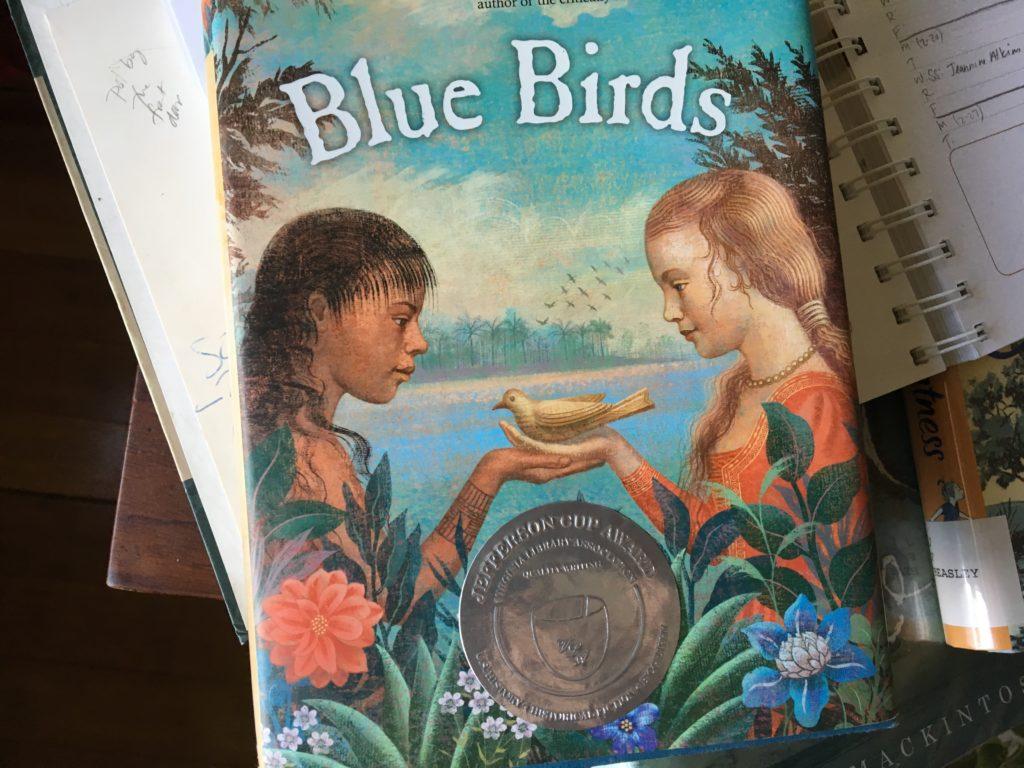 In April I learned Blue Birds was a finalist for the New Mexico Press Women’s Zia Award. I wasn’t able to attend the event, so I sent along a few words to be read on my behalf:

It is an honor to have Blue Birds considered for the Zia Award.

A young reader sent me a letter not long after Blue Birds released, telling me how much she enjoyed the story. Her words have stayed with me because they speak so clearly what I hoped the story would convey:

Alis is English and Kimi is Roanoke. The girls share no language. They are meant to be enemies. Yet these things aren’t a barrier to the friendship that grows between them.

Blue Birds is my hope-filled attempt to show we can be bigger than the biases — known and unknown — that we hold. It is an invitation to look beyond ourselves with the curiosity that comes so easily to children, to believe that when we truly know another person our lives are forever changed.

I’m happy to share Blue Birds is the first runner up for the Zia Award. May Alis and Kimi’s story continue to speak into the lives of readers as they have mine.