Another Kind of Hurricane by Tamara Ellis Smith

In this stunning debut novel, two very different characters—a black boy who loses his home in Hurricane Katrina and a white boy in Vermont who loses his best friend in a tragic accident—come together to find healing.

A hurricane, a tragic death, two boys, one marble. How they intertwine is at the heart of this beautiful, poignant book. When ten-year-old Zavion loses his home in Hurricane Katrina, he and his father are forced to flee to Baton Rouge. And when Henry, a ten-year-old boy in northern Vermont, tragically loses his best friend, Wayne, he flees to ravaged New Orleans to help with hurricane relief efforts—and to search for a marble that was in the pocket of a pair of jeans donated to the Red Cross.

Rich with imagery and crackling with hope, this is the unforgettable story of how lives connect in unexpected, even magical, ways.

This was August, 2005, of course, and I had just begun my first semester at Vermont College of Fine Arts. I had arrived at VCFA knowing I was a picture book writer (note the assuredness of that verb: knowing!), and so that semester I wrote a picture book about a boy in Vermont who gave a pair of pants with a lucky marble in the pocket to a boy in New Orleans.

It was terrible. The picture book, not the idea. My advisor thought the idea would make a great novel—but I wasn’t a novelist, so that was the end of that story.

Except it wasn’t the end of that story—because I couldn’t get it, or the two boys, out of my head.

It took me a long time, but I wrote a novel. This novel. Ten years, 3 major rewrites, and about 25 drafts later, Another Kind of Hurricane has finally been born. 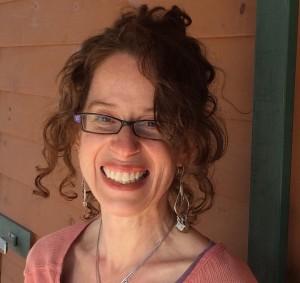 Like any good writer—I did my homework for this story. I read many articles and blogs. I interviewed people. I watched countless documentaries about Katrina. I did everything that I thought I should do. And I tried to do it respectfully – aware that this was an experience that was totally foreign to me.

As a Vermonter, I felt as though I knew—as best I could—what it had been like during those harrowing days during the hurricane. I felt emotionally connected to the incredible people who had survived such a tragic disaster and my heart was bursting with empathy. It was from this place that I wrote Another Kind of Hurricane.

And then in the fall of 2011, Tropical Storm Irene swept through my home state of Vermont, my town, my street and my home—and all of a sudden I was inside the novel in a way I had never, ever, ever imagined.

My block was one of the epicenters of the storm, at least in our general area of Vermont. Two of my neighbors had the foundations of their houses collapse.  One had water on the first floor of hers. Most of us had our basements flooded. The basement in my house was flooded. We lost our water heater and a pellet stove. We also lost our kids’ artwork, my manuscripts, bins of clothing, and many other belongings.

We were lucky—no one was hurt. And I know that what we experienced was only the smallest fraction of what folks went through in New Orleans. But the ordeal gave me new insight.

Here is what I know now: Flood water smells old. It smells like something decaying, like something that has been left out for too long, like a mix of oil and compost and mold. Flood silt is heavy. It sticks to everything it touches. I know what it feels like to walk down a block lined with more appliances than trees and more garbage than grass.

I also know what it feels like to have strangers offer to help, to not know that to do in the face of such kindness, to be overwhelmed but grateful, to hem and haw, and to finally say yes to it all. By crossing into my intimate space, these amazing people took on some of my actual grief and suffering. They helped me begin to transform and heal. Accepting help became entwined with growing an incredible sense of empowerment, liberation and connection. I am still struggling to express the magnitude of what happened to me, but in the end, these strangers and I—we became friends.

This is what happens between my characters, Henry and Zavion, in Another Kind of Hurricane.

I think the reviewer at Kirkus really got what I was hoping readers would take away from the story:

Elegant prose and emotional authenticity will make this title sing not only for those who have experienced tragedies, but for everyone who knows the magic that only true friendship can foster.

True friendship fosters magic. Yes. And sometimes true friendship comes from the most unlikely person, a person seemingly so different from you—and yet, in the end—you couldn’t be more the same.

Schwartz and Wade has kindly offered to give away a copy of Another Kind of Hurricane to one reader here today. Simply leave a comment below. The winner will be selected Wednesday, July 29. US residents only, please.

Tamara Ellis Smith earned her MFA in Writing for Children and Young Adults from the Vermont College of Fine Arts. She lives in Richmond, Vermont, with her family. This is her first novel. Visit her on the Web at tamaraellissmith.com.