For my twentieth birthday, my grandmother, Eleanor Robinson, gave me a volume of Emily Dickinson poetry, THE COMPLETE POEMS OF EMILY DICKINSON.  In the front of it, she wrote, “E.D. is a revered poet.  Perhaps one day, the same will be said of K.H. Happy Birthday, Gramma Eleanor.” 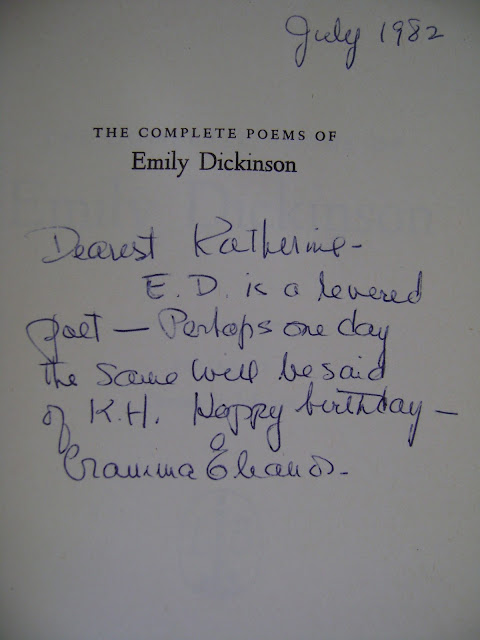 I went through the book for months, marking my favorite poems with little X’s, and sometimes, I would add a comment next to the poem, indicating why I liked it.  I felt as if her writing this was somewhat of a path to my own destiny, that she had perhaps predicted fate.  I was, at that time, in a poetry phase, which lasted a few years. 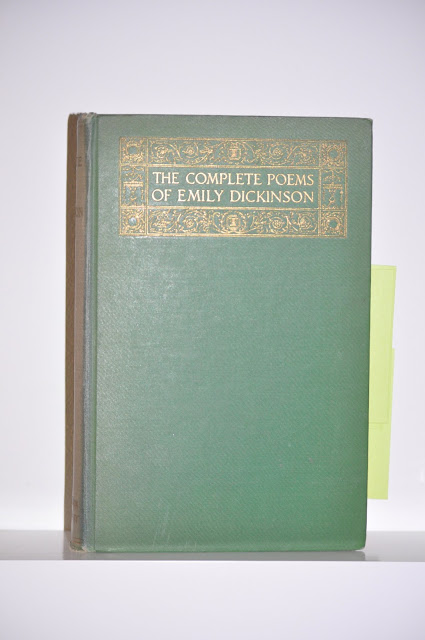 Her inscription was the starting point for DESTINY, REWRITTEN.  The day I began writing DESTINY, REWRITTEN, I was sitting in my home office, looking through Emily’s book of poems again, and it came to me that all those poems I loved needed to be in a story about destiny.  This poem, in particular, got me thinking:

In this short Life
That only lasts and hour
How much – how little – is
Within our power
-Emily Dickinson, 1873

I believe that Miss Dickinson was thinking about eternity when she wrote this, and how our own lives are just a quick short dot on a very long line/spiral that goes on forever.  In the second two lines, it is my opinion that she was wondering about what events we have control over.  How much can we shape our lives?  Are things predetermined?  Or are we able to set our own courses?   My favorite part of the poem is in the first line where she capitalized the “L” in the word “Life”, as if she were emphasizing this very word, the great importance of it. 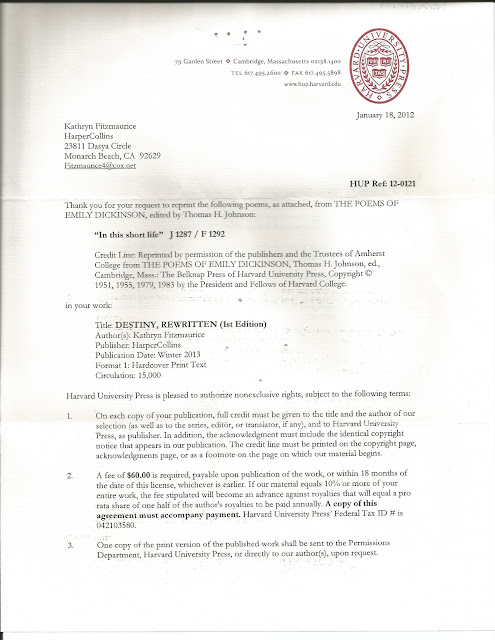 I was lucky enough to be granted permission from Harvard University Press to include this lovely poem in the beginning of DESTINY, REWRITTEN.  I think it makes my little book so much better, having her words in front of mine, like a promise.

Which goes to show you that destiny is always there, a remarkable force that can curve along gently, continually showering blessings, or take a hard right turn when we least expect it, changing the course of our lives forever.

What do you believe about destiny?


When Kathryn Fitzmaurice was thirteen years old, her mother sent her to New York City over the summer to visit her grandmother, who was a science fiction author. After seeing how her grandmother could make the characters in her books into whomever she wanted, Kathryn decided that she, too, wanted to become a writer someday. Years later, after teaching elementary school, and taking many classes, she now writes full time and lives with her husband, two sons, and her dog, Holly, in Monarch Beach, California. Kathryn is the author of THE YEAR THE SWALLOWS CAME EARLY, A DIAMOND IN THE DESERT, and DESTINY, REWRITTEN.