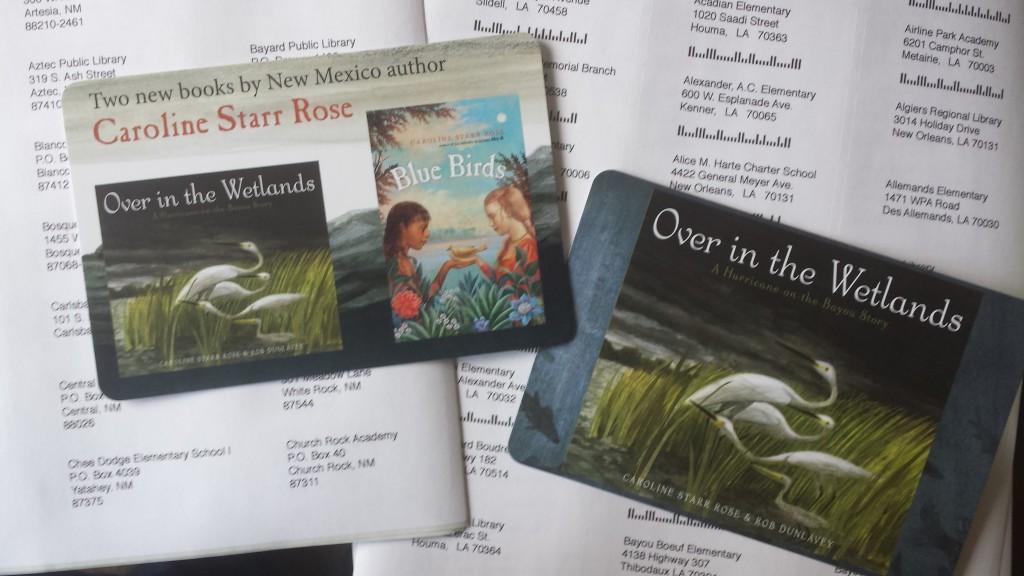 Part of my month-long writing-free vacation was spent with these lovelies.* Like I did with May B., I collected addresses in dribs and drabs over the last year, waiting until I had a stretch of time to devote to stamping, labeling, and writing. 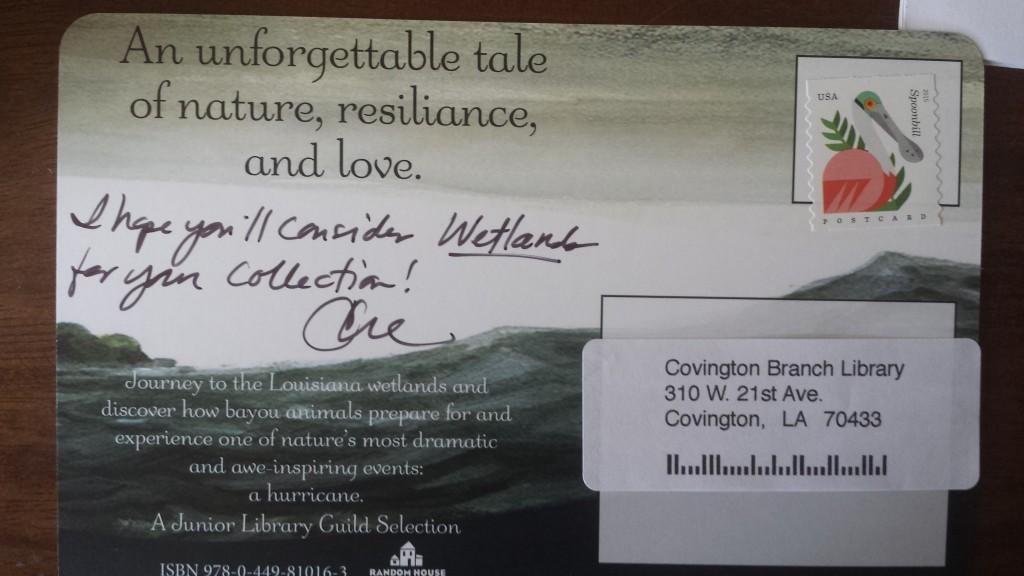 While it isn’t the 1,662 I sent out for May B., it was still a pretty big commitment, one that I found surprisingly satisfying. 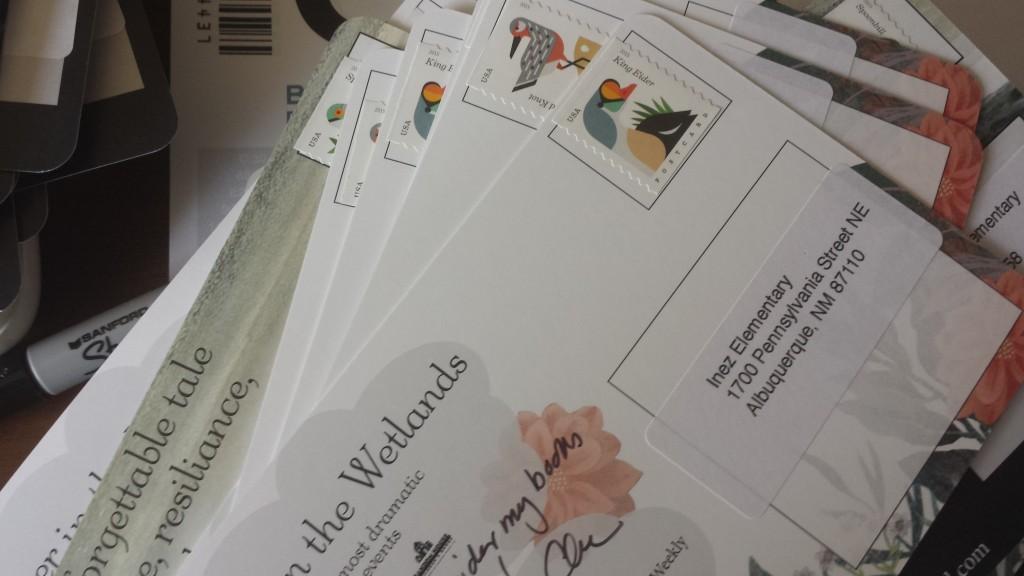 You’ve probably heard the rate of return on direct mailings falls somewhere between 1/2 and 2 percent. Pretty dismal and probably not worth the effort, right? For me, the process has become a ritual where I can exert the tiniest bit of control over the unwieldy and unpredictable experience of releasing a book into the world. 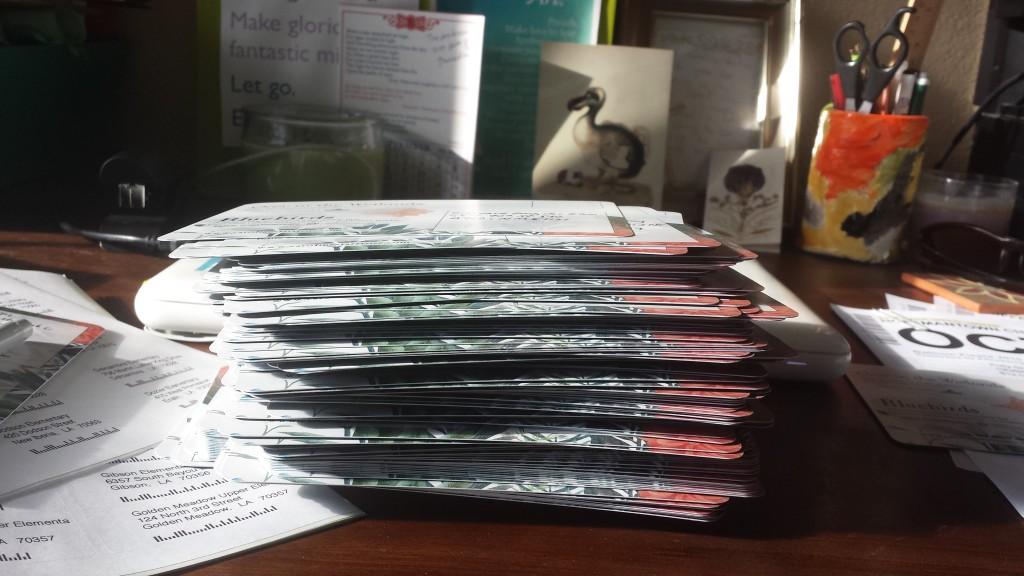 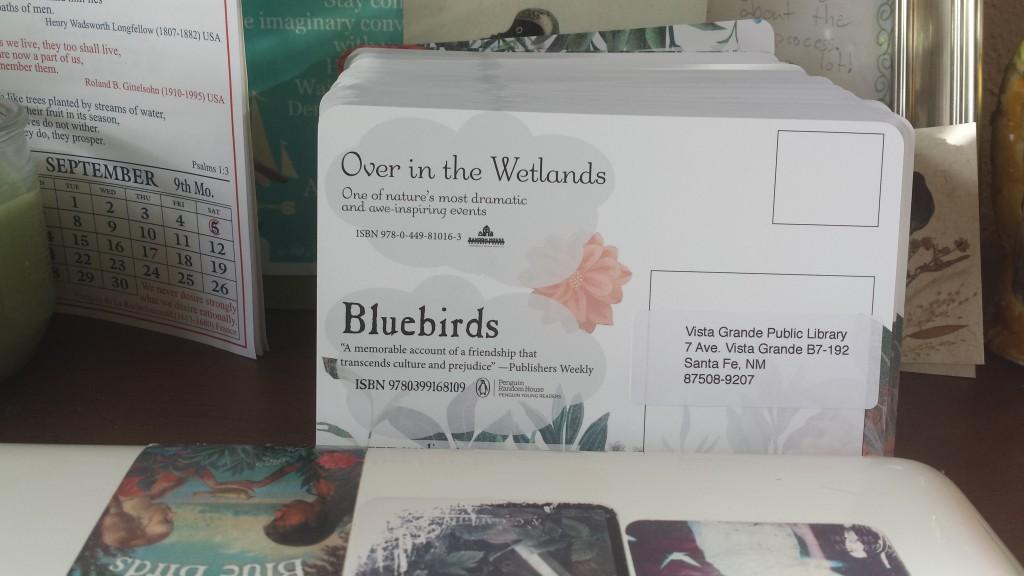 Here’s what’s happened since the postcards went out: I have had a handful of teachers email me after receiving the card. My sales for both of these books have increased slightly in the last few weeks.** I’ve gotten more website hits from the areas I’ve targeted. And I’ve been invited to speak at Mosquero Elementary School, a K-6 school of 22 students in Mosquero, NM (population 93). Seeing young readers in corners of my state I’ve never visited is pretty much the best thing out there.

While I’ll never know the actual results of the mailing, every postcard was a chance to directly tell a teacher or librarian about something I believe in, and in this age of quick and impersonal blasts of information, it felt significant, important even. However small the return, my efforts to match books with readers has left a mark, perhaps in ways I’ll never know.

Which is exactly how this publication thing works, anyway.

*Points to the person who catches the typo. My son spotted it immediately!

**Penguin Random House has a website called Author Portal where sales can be tracked, using numbers from Nieslen BookScan. Many, many bookstores don’t report sales, and few, if any, schools or libraries do. Until statements come in months from now, it’s really impossible to know true numbers, but the BookScan stats are a start.