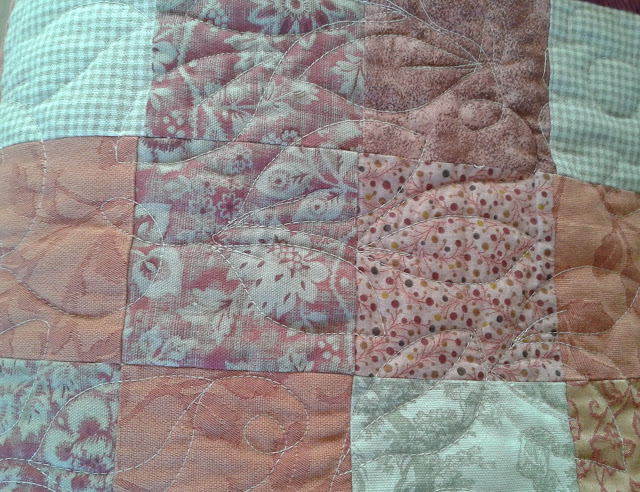 As I’ve mentioned here before, I’m fascinated by the visual representation of stories. Attending Darcy Patison’s Revision Retreat in 2009 introduced me to the idea of a shrunken manuscript — a condensed printing of an entire book that is then laid out so you might see the story from beginning to end.

The idea isn’t to read it in this state (which is single spaced and microscopic) but to get an overall sense of where the story stands. With the entire manuscript before you, you can determine what’s working and what needs work.

There are a limitless number of ways a shrunken manuscript can be used. Grab a few markers, create a key, and use it to determine:

Darcy’s activity nicely paralleled the work I’d just completed before her retreat: the final drafting of May B. As I’d never written a verse novel before (and had only read two before trying!), the idea of a quilt unfolding square by square — or poem by poem — was largely what kept me moving forward. I trusted that certain themes and ideas would resurface as I wrote, just as certain patterns emerge as a quilt takes shape.
I’ve just finished drafting another historical verse novel and have kept this quilt concept in mind. On Wednesday I’ll show you how I’ve used it in revision.
Confession: I know nothing about quilting. It’s the metaphor that counts.