On Wednesday I posted about the similarities between running and writing. Today I thought it would be fun to look at some of these more closely: 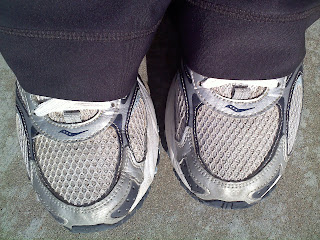 In it for the long haul:
Just like the hard work required to add miles or increase speed, writers need to be committed long term. You can’t “become” anything overnight.

Every step counts:
It’s not glamorous to think about those early mornings you force yourself out of bed just to put one foot in front of the other. Neither is it deeply exciting to recall every word you’ve ever put down on paper. But each small effort builds on the next.

Hold onto success to motivate later:
Early last December, my sister called to tell me my brother-in-law wasn’t going to be able to make the half marathon they’d planned to run together. The race was in ten days. Would I like to take his place?

My longest race before this was a 5k. I had no time to train. My sister flew me out to Kiawah, South Carolina, where we walk/ran the first six miles. Then something came over me: I wanted to finish out the race on my own. Though I hadn’t run that far in years, I finished the last seven miles without stopping. I’ve used this moment as motivation ever since.

Have you ever had a breakthrough writing moment? A time you knew what your story was missing, a writing session where every word worked? Save those moments to use as future motivation.