Cheryl Blackford was born in Yorkshire, England but now lives in a house in the woods in Minnesota where she is entertained by a wide assortment of wildlife, including coyotes. Lizzie and the Lost Baby

* is Cheryl’s first middle-grade novel. She has written three non-fiction books for young readers, and her picture book Hungry Coyote

(inspired by a coyote she saw one winter morning) won the 2015 Moonbeam Award in the category of picture books for ages 4-8.

What typically comes first for you?

Setting is often the first thing I think about with a new story. In LIZZIE AND THE LOST BABY I wanted to set a story in England and I modeled fictional Swainedale on Rosedale in the North York Moors, where my parents owned a cottage for many years. Rosedale is beautiful: wild in some places and pastoral in others. I love hiking across its purple-covered moorland on a sunny day and I worked hard to get the feel of the place into the story. I didn’t set out to write this book as historical fiction, but when Lizzie appeared she seemed to belong to a very specific time and place. 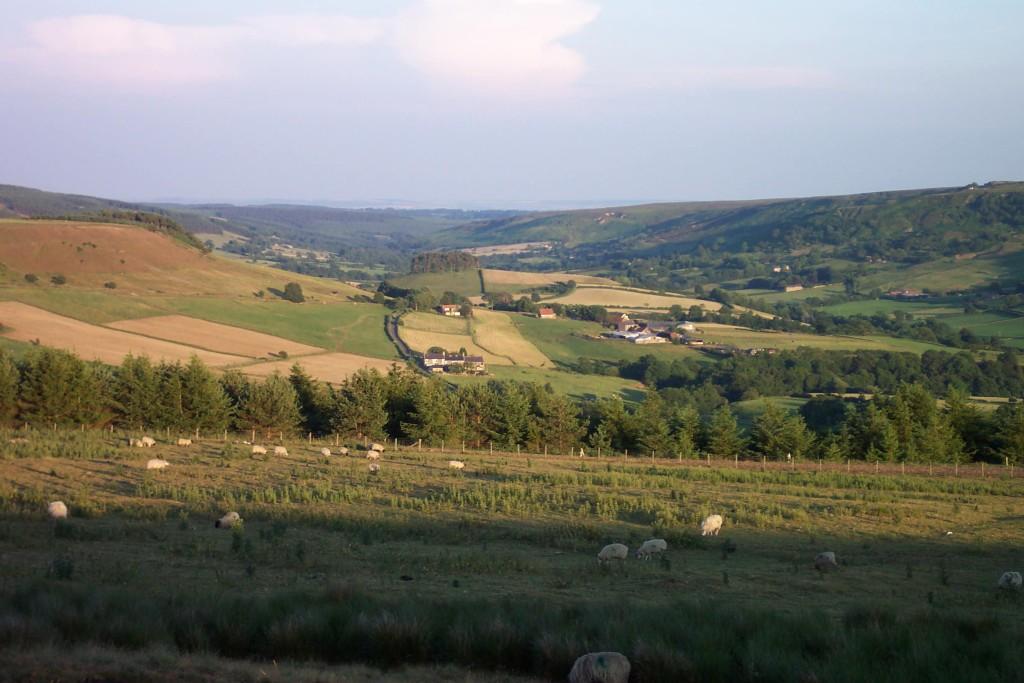 I usually begin on the web and then migrate to other resources such as the library or a primary source. In LIZZIE AND THE LOST BABY I needed information about English World War II evacuees and about the Gypsy/Traveller culture. I found fascinating BBC online archives of ordinary people’s wartime experiences and my primary source was my parents. My father was an evacuee whereas my mother stayed in her home in Hull and suffered through the bombing blitz. To learn about the Gypsy/Roma/Traveller culture, I began with memoirs, including Rabbit Stew and a Penny or Two: A Gypsy Family’s Hard and Happy Times on the Road in the 1950s

by Maggie Smith Bendell. Much of what is written about Gypsies was written by outsiders but this was information from a primary source. Maggie and I have since become friends and she was an early reader of my book. She gave it the thumbs up – which makes me very happy.

Everything! I love falling down the “research rabbit hole.” I always learn far more facts than I ever use! And actually, I shouldn’t have said “everything” because keeping accurate detailed records of my sources isn’t my favorite thing to do.

For LIZZIE AND THE LOST BABY, the most astonishing thing was that my father and uncle were evacuees — I had not known that before I began writing. The other fascinating things I discovered were all related to the Gypsy/Traveller culture in England . For example, I knew that Gypsies were avid horse traders but I didn’t know that they preferred a specific type of horse (grys in their language) that is sturdy and steady and has a beautiful long tail and feathery hair dangling over its hooves.

Modern problems often have historical equivalents and we can all learn from the lessons of the past. Fiction can help readers develop empathy with people or problems they otherwise know little about, such as the Gypsies in LIZZIE AND THE LOST BABY. The prejudice towards the travelling people that Lizzie encountered is nothing new; it has existed for centuries and continues to this day. During World War II, Adolf Hitler and his Nazi regime murdered tens of thousands of Roma in an effort to exterminate a people they deemed inferior. Genocide is an ugly difficult subject and narrative fiction can help us find a way to discuss it with students.

The War that Saved My Life

A Frost in the Night

*This is a book I was privileged to blurb, so it’s extra special to have Cheryl here today.