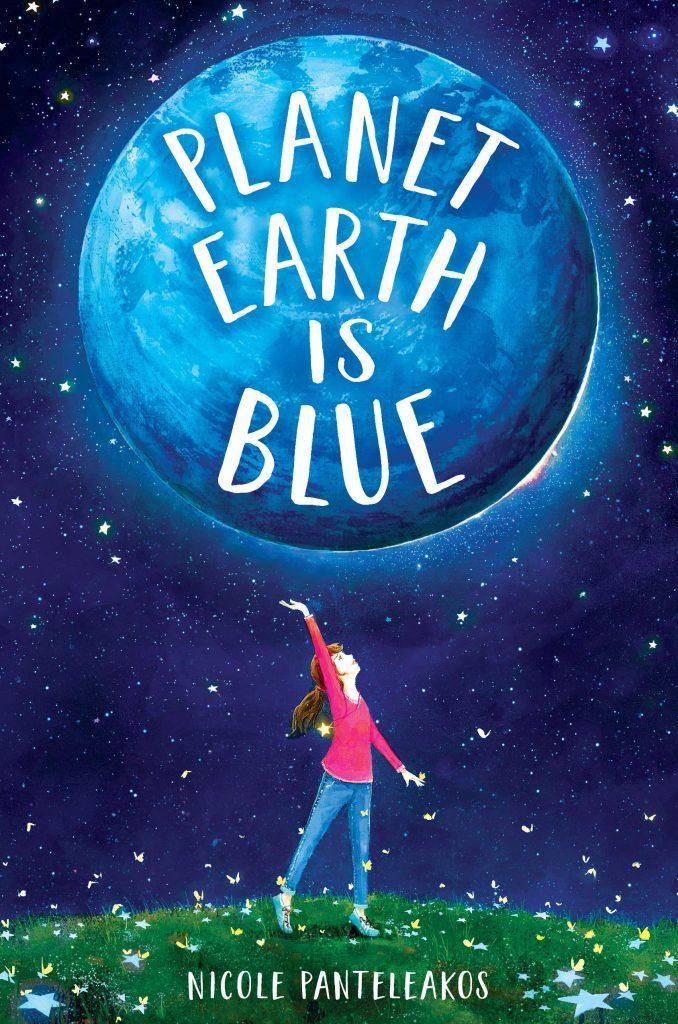 , was released in May 2019, from Wendy Lamb Books (Penguin Random House) and has earned starred reviews from Kirkus, Booklist, and School Library Journal. It features Nova, a twelve-year-old nonverbal, autistic, space-obsessed girl who is counting down the days until Challenger launches because her missing big sister promised to return so they could watch it together.

When she’s not writing, Nicole enjoys collecting Alice in Wonderland coffee cups, overly competitive Monopoly games, and naming her cats after writers: Shakespeare, Poe, (Mary) Shelley, Dickens, and Beckett. She is a member of SCBWI Metro NY and is represented by Katie Grimm at Don Congdon Associates.

A character and voice come first for me, though sometimes they’re inspired by a particular place, event, or time period. I really can’t start writing, though, until I know who my protagonist is and have a vague idea of what their problem or primary conflict will be. From there, I jump straight in, and the historical aspects often get peppered in lightly until I know the character well enough to pause the rough draft and dive deeper into research.

When drafting, I only need to know the big things to start, so I put a lot of stars like this *** into the work and know I need to go back and research later. Generally, the early historical tidbits come from quick Google searches, previous knowledge of the period, and/or from people who lived during the time or event. So, with Planet Earth is Blue, once I knew it was going to be about the Challenger launch, most of the random ‘80s stuff (references to clothing, movies, music, etc.) came from my memory, but I also re-watched the launch and disaster footage a number of times while writing those early chapters, and before I’d even finished the first draft I put out a request via social media for friends who watched it live in their classrooms to contact me if they were willing to share their experiences.

With each subsequent draft, I researched more, looking up ads for toys to make sure my character could have played with them, watching old news clips and clips from the Tonight Show, and reading astronomy and science textbooks and non-fiction picture books for kids written between the late seventies and mid-eighties (these were especially key since Google searches made it harder to discern what people thought about space travel, the planets, and all that fun stuff back then versus what we know now, and I needed Nova’s knowledge frozen in time). Because my protagonist is autistic, I also needed to research the way kids with an autism diagnosis, or in special education in general, were taught in the mid-80s. I did this from a combination of reading any educational articles written during the time and also from speaking with teachers, parents, and autistic former students who were working in schools, attending school, or had kids in school during those years.

My favorite type of research, though, for any historical fiction work involves using primary sources and especially finding things written by kids who were the same age my protagonist is in the book, whether it’s 1986, 1963, 1942, or 1933… if I can find school newspaper articles, class projects, book reports, diary entries, and the like, I rejoice!

I kind of answered this above, but I really begin to draft first, and don’t get too bogged down with research. I know many authors can’t do historical fiction in that order, but for me, if I start heavily researching before I have a least a basic rough draft, it can seriously kill the muse. I like to let the character take me through the story first and worry about fixing it later – though thus far I’ve only written about time periods and historical events I was already interested in and therefore had knowledge of, so it’s not like I was going in without any sense or place or time to help guide me along. If ever I write about a period I really don’t know at all to start with, I imagine my current system wouldn’t work too well!

Being surprised! With Planet Earth is Blue, I learned more about the post-Challenger investigation than I needed to (because the book ends shortly after it happens) but I found the information fascinating. I also did a lot of reading about Sally Ride and Valentina Tereshkova, only a little of which made it into the book, but all of which was valuable to me. More recently, when researching Prohibition-era gangsters, I learned that Bonnie Parker (of Bonnie and Clyde notoriety) had been an honors student who loved to write poetry and wanted to be a movie star someday; she was not the cigar-smoking gunslinger she’s been memorialized as. I’ve also been reading a lot as of late about a bit of history that happened in the area in which I grew up, but almost a decade before I was born, and I’ve loved asking people older than me what they remember about it. Most of them haven’t thought about it in decades, but when they start talking the memories come flooding back, and they delight me with details I can’t find in dry old newspaper articles!

Realizing something I’d planned out won’t work. For example, I wanted the protagonist in Planet Earth is Blue to have a Little People astronaut figure (and Space Station) like I did as a kid, but after researching discovered the Little People figure I grew up thinking was an astronaut was actually a Motorcycle Man and the Space Station didn’t even come out until several years after the story takes place. It was a little detail, but in a quest to be as accurate as possible, it was important. In my Prohibition-era work-in-progress, I learned that a film I wanted to reference didn’t come out until several months after the story takes place, so, again, I had to rewrite. Researching those little elements can be tedious and it’s easy to miss or mix up details, which is one of countless reasons I love my agent, editor, editor’s assistant, and the additional editors who worked on my historical debut!

Mixing reality with fiction, in particular because of the reaction it gets from kid readers. I love focusing a book around a real event that was major for the day but may not be common knowledge for the reader. While most adults remember the Challenger disaster, for most of the kids who’ve responded to the book thus far, the fact that the First Teacher in Space was killed during takeoff (along with the six other astronauts) comes as a shock. They see that event – one that had a profound effect on the kids and tweens of 1986 – through the eyes of a fictional character excited about the possibility of a new era of space travel and experience her heartache when it doesn’t go as planned. As a kid (and now!) I loved learning about history through fiction, both books and television, and want kids to feel the same way about my books.

One of the saddest things I learned while researching the Challenger launch was that the astronauts are believed to have survived the initial explosion as there were a couple of attempts made to save themselves. It is documented that at least some of them, if not all, may have even survived until the craft made impact with the ocean. This is not revealed within the text of Planet Earth is Blue – the protagonist, Nova, wouldn’t have known that, plus it’s unnecessary additional trauma for kid readers – but it came as a devastating shock for me.

On a happier note, I wanted Nova’s favorite book to be The Little Prince from the very first draft, and also for her to watch Nickelodeon on cable for the first time at her new foster home, two things that were totally unrelated until I found out that Nickelodeon aired a TV show version of The Little Prince every day during the month in which the book takes place. Serendipity!

The biggest one in Planet Earth is Blue was the timeline aspect. The Challenger launch kept getting changed and delayed, so ten days before it happened the public didn’t know it would definitely happen in ten days, and they also would have seen it scheduled and rescheduled several times, but each chapter of the book counts down (from ten) to the launch, which each chapter covering one day. The delays are briefly mentioned when Nova’s foster father reads aloud from a newspaper article the morning of the launch, but the countdown format isn’t impacted and an author’s note explains why the story couldn’t quite have happened that way, along with the reasons for the delays.