Kathleen Burkinshaw wrote The Last Cherry Blossom based on her own mother’s story of growing up in Hiroshima during World War II. She was twelve years old when the bomb was dropped on August 6, 1945. Kathleen lives with her husband and daughter in Charlotte, North Carolina. 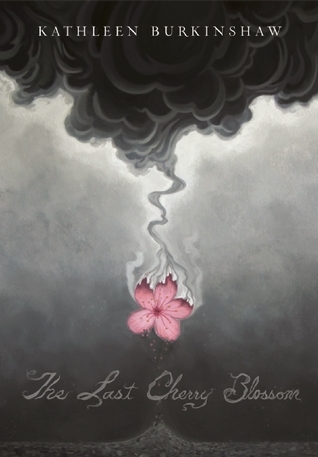 I begin searching for websites on the subject matter, hoping that I would find some other sources linked as references for the website, such as books, magazines, or newspapers. I did research at my local library, as well as ordering some out of print books. After that, I do a LOT of reading and taking pages of notes. I had the opportunity to also do some research at the Hiroshima Peace Memorial Hall for Atomic Bomb Victims, when my family and I visited Hiroshima last summer.

The short answer is; I research way too long ☺

But the more specific answer would be I researched before I wrote and had to do it even as I wrote the first draft. Also, I did even more research during the editing/revision phase.

When I wrote THE LAST CHERRY BLOSSOM, my first source was my mother. I took notes as she told me about the events of August 6th, as well as when she described other memories from her childhood. I started my first draft from those notes. However, I needed to have more detailed information on what was happening in Japan during WWII.

In a way, I had 3 separate initial drafts. One was with events and ideas for scenes based on my mother’s memories. The second was based on how the Japanese lived, dressed, and spoke at that time. Once I had information about Japan in general, I looked for sources that would tell me something specifically about Hiroshima during WWII, but before the atomic bomb.

After that my third phase of research were books about the day of the bombing and aftermath. I also hunted for sources that were specifically written by Japanese people. In this case, I also had a great resource with the websites of the Hiroshima Memorial Peace Museum. This website is where I found a short movie of what the center of Hiroshima actually looked like before the bomb. I also found other survivor accounts, as well as pictures after the atomic bomb was dropped.

One major issue that I needed to figure out, was how to let the reader know the timeframe from one chapter to another. During revision, I finally came up with the idea that since my main character’s Papa owned a newspaper company, I would use newspaper headlines with the date, slogans from radio, as well as propaganda posters at the beginning of each chapter. I thought it was a wonderful way to do this, until I had to start researching for various headlines. Not only that, but if I’m using a particular date, I had to make sure the day of the week I was writing about in the chapters matched what they were in 1944 and 1945. Thankfully there are websites that calculate that for you. Once I had the headlines, slogans, posters, I matched them up with the events in each chapter.

Aside from the fact that I love research and am very OCD about it, I love learning about how people lived during a different time period. Also, it’s especially interesting when you discover something you didn’t know before about that particular time period. For example, I didn’t know that American jazz music was banned in Japan during the war.

I feel that historical fiction is important because it can remind readers what happened in the past, not for blame, but to learn from it. Whether it is about events or actions that had worked well or events that should not be repeated (for my book it’s the use of nuclear weapons). It is my hope that by reading THE LAST CHERRY BLOSSOM, readers would learn that the Japanese children had the same fear, love of family, and friendships that the allied children had. The enemy is not always so different from ourselves. That is a lesson that can still be applied today.