Kristin O’Donnell Tubb is the author of The 13th Sign, Selling Hope ,and Autumn Winifred Oliver Does Things Different . Watch for John Lincoln Clem: Civil War Drummer Boy this month (written as E.F. Abbott) and  Miss Daisy’s Job summer 2017. Tubb can be found far too often on Facebook and Twitter.  Oh, and she has a website, too.

An era or idea usually precedes the character for me, and once I’ve done some research, it becomes clear what kind of character would struggle in that setting. It can be painful to write the underdog or the outsider, but it’s usually much richer story if that’s the case, and I find it’s easier to do so knowing a lot about what constitutes “underdoggedness” in a certain era. (I think I just made up a word. ☺ )

You do have a specific system for collecting data?

I still use the system that my freshman English teacher, Linda McGill taught us! The method is this: each source gets a number depending on when I’ve read it/taken notes from it. Each notecard (more on that in a bit!) is one fact, and it’s coded with that source number and the page number or the specific URL where the information was found. After I’m done researching (which for John Lincoln Clem: Civil War Drummer Boy was four months, but for Autumn Winifred Oliver Does Things Different was four years), the notecards are spread and shuffled EVERYWHERE to create the story outline. Once the outline is complete, the cards are finally put in subject-order, things like “Church,” “Medicines,” “Foods,” etc.

While I’m drafting the book, I look at these categories often: “Hmmm, what kind of a hymn would be sung at a funeral?” And because it’s coded with a source and page number, I can always go back to that source. For every book I’ve written, I’ve needed to, at some point, relocate a source to clarify a fact. So it’s a useful system for me. Thank you again, Ms. McGill!

And regarding notecards: I don’t use them any more, although I did for both Autumn Winifred Oliver Does Things Different – my debut – and Selling Hope. Everything is in a Word document now, though all facts are still coded with a source and page number!

For Autumn Winifred Oliver, I was fortunate enough to stumble upon a goldmine of primary sources: the Great Smoky Mountains National Park has an archives located in the basement of the Sugarlands Visitor’s Center. Cookbooks, photographs, hymnals, school books: all used by the folks who lived in Cades Cove, Tennessee. 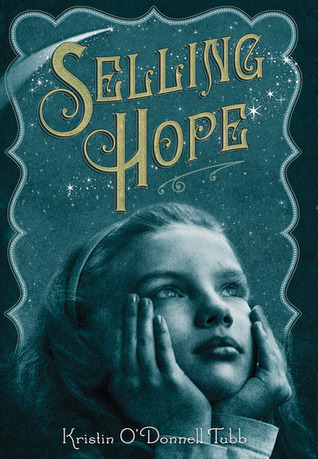 For Selling Hope, I found an amazing resource in the online photograph collection hosted by the Chicago Historical Society. (Since the writing of that book, many local libraries, historical societies and universities have done this for their city. Be sure and use those historical societies! They LIVE for requests like the ones historical fiction writers ask!)

For John Lincoln Clem, I watched hours of Civil War reenactors on YouTube, particularly the drummers. It was critical to the book to capture the sound and cadence of the drum calls, and this was amazingly helpful. I use YouTube a lot. A LOT. Also eBay, which, when you search for a year and/or a city, will often produce fantastic results: jewelry, books, clothing, dinnerware, etc. I’ve also used classic advertisements to describe cars and clothing, and the want ads (my FAVORITE!) to gather unique and wonderful vocabulary for an era. Each book has taken me to unique places that I didn’t know existed.

My favorite thing about research is that it often builds my plot and my characters for me. I mentioned above that I sometimes craft a character based on who might be an awful fit for a certain time and place. In Selling Hope, for example, Hope is a homebody who longs for permanence based largely on my research of those nomadic vaudeville troops.

Research also often uncovers plot points that I know I’ll want to include in my story. In John Lincoln Clem, the research I did on the Civil War uncovered the fact that some soldiers, in their boredom, would pick a louse – a single lice bug – off their body and “race” them across a tin plate. The winner would get out of chores or win brass buttons. I knew this was a story kids would eat up, so it became part of the plot of the book.

The answer is there, it just needs dusting off, possibly while wearing white gloves. Search and ye shall find! That, and writing historical fiction, to me, is just like writing contemporary fiction but with a more thorough setting, a tighter lens. What people want – love, togetherness, family, health, friends, to make a difference – never changes. Themes are everlasting. So uncovering what people want, and looking at that need within the scope of the era, is a very satisfying way to tell a story.