Poetry has been a part of my life for as long as I can remember. My mother and father both read poetry, my father favoring the Rudyard Kipling, Robert Louis Stevenson, and Robert Service variety while my mother was a fan of Frost, Sandburg and Gerard Manley Hopkins. I had a big picture book of poetry I read and reread so often that many of those poems linger in my mind though I never consciously memorized them. “A violet by a mossy stone half hidden from the eye. Fair as a star when only one is shining in the sky” is a line that reliably comes to mind every time I go hiking and find wildflowers clinging to unlikely spots along the trail. 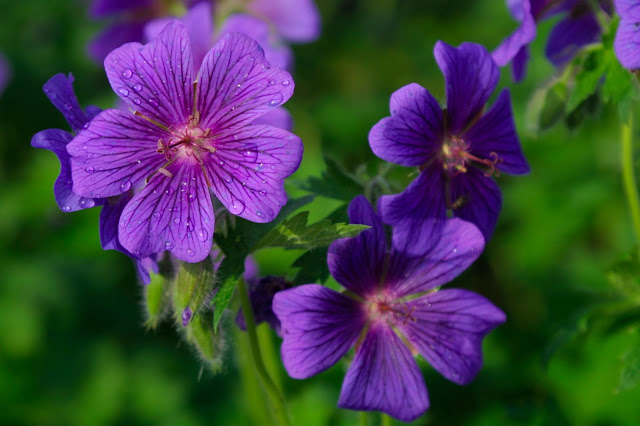 My fourth grade teacher, an exceedingly no-nonsense woman named Ms. Jacques, seemed to have two great loves to communicate to my nine year old self–long division and poetry. She taught me dozens of poetic forms from Haiku to the ballad and (what seems more impressive to me now) showed me how to scan a line to fit the meter of the line before it. I loved the structure of writing to a particular format. Hunting for just the right word to fill out the rhythm or rhyme of a line was so much more game-like than ordinary writing which I detested at the time for its irritating reliance on standard spelling and punctuation. With a poem I could invent words to my heart’s debliss and dispense with punctuation entirely.

Ms. Jacques introduced me to my first literary crush, the deliciously uncapitalized e e cummings. Since cummings had neither a first name nor a gender, my nine year old self imagined a pleasant, furry alien who might, should I come across him in my ramblings in the woods, translate for me the poetry of slugs and squirrels and sword ferns.

Eventually college broadened considerably my repertoire of poetry while siphoning off much of the pleasure I found in reading it and all of the joy I took in creating it. I stopped writing poems for years and didn’t miss it until I started reading poetry to my own children and writing my own stories.

Novels are so long, I leaned on poetry to give me the satisfaction of something I could finish in a day. When I was stuck or discouraged, poetry gave me a reliable lift and often a fresh perspective on a character. And for all the effort I took over making marketable novels, it was a huge relief to write something that I would not only never sell, but never show anyone. I think having work that lives in my own mind and heart but not in the world is extraordinarily valuable. Jack Gantos would appear to agree with this. He wrote very movingly of his relationship with his unpublished stories in this month’s Horn Book Magazine.

So it was a great surprise to me that when a friend asked me to do a poetry event this April that I agreed to write and read my own poems in public. At first the prospect of a public reading filled me with dread. Not that I’m nervous about public performance. I’m far too Irish for that. But I did fear that my poetry would lose its luster if I gave it away. The thing that made the difference was choosing a topic that I cared about. Jim and I decided to write and share poems about love and war–a thing which has touched both our lives. The 10th anniversary of the war in Iraq seemed a good occasion for it.

There is a story I’ve been thinking about writing for several years, based on the combat experience of one of my nephews. I’ve begun it and abandoned it several times because I could never quite get the right tone. But I went all the way back to poems I remember my father reading to me, “The Ballad of East and West” by Kipling and “Christmas at Sea” by Stevenson, and decided to write the story as a ballad. I haven’t written a ballad since I was nine, but to my amazement, this simple sturdy poetic form fit the story like a glove and what was too hard–too sad–to write in prose, flowed like a stream in verse. 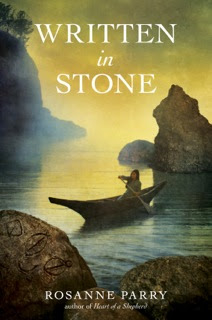 If you happen to be in The Dalles, Oregon on April 18th you’ll have a chance to hear what I sincerely hope will be my only poetry reading ever. But it will be worth it for the music and the companionship of fellow poets and the chance to bring a story I’ve struggled with to light in the form of a poem.

Rosanne Parry is the reluctant poet and enthusiastic author of Heart of a Shepherd, Second Fiddle and the upcoming Written in Stone. www.rosanneparry.com