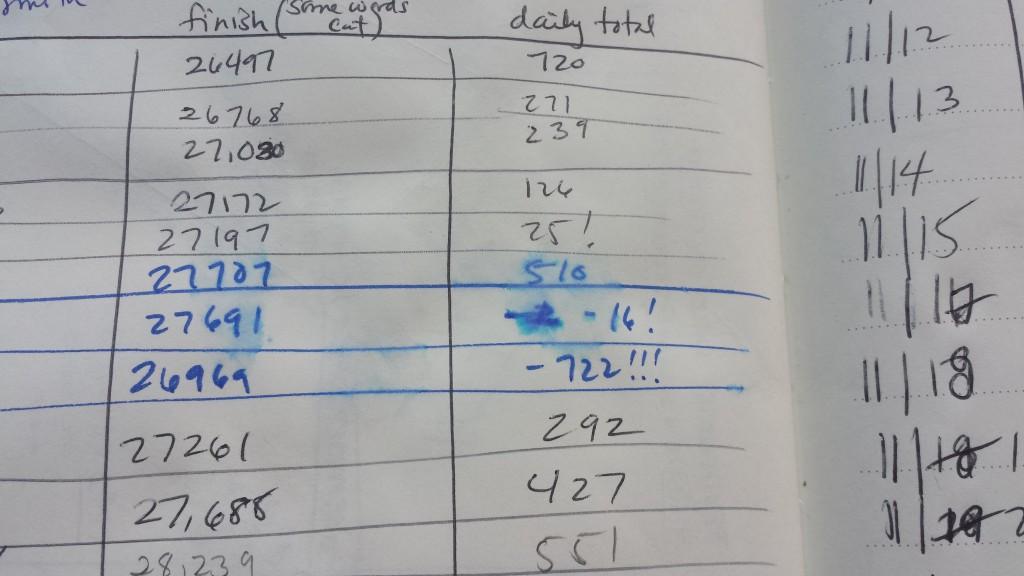 I’ve written here before about word count goals and how tricky they can be for a verse novelist like me. While my friends are cranking out 2,000 words on a bad day, I’m often lucky if I can hit 300 on a good one. Usually I don’t keep record of these sorts of things.

Unless I am, like when I tried my own version of National Novel Writing Month last year. The draft was absolutely awful, but the experience was a good one. It helped me realize fast and furious can sometimes be as beneficial in my writing life as slow and steady.

I’m working on that messy NaNo manuscript now. It’s due to my editor at the end of the month. The book is prose, and while it’s my third novel written this way, it’s the first non-verse novel I’ve ever sold. That’s made me fret a bit. I’m not sure if I know how to do what I’m doing. But isn’t that a hallmark of the writing life?

When I started back with the story, I thought it might be wise to keep a record of my progress. I set up a chart, all ready to watch my word-count numbers grow. But they didn’t, not really. Even as I moved forward, sometimes those numbers stood still or even found a way to travel on a backward path. So it was interesting to read at Project Mayhem a few weeks ago that many writers aren’t fans of using word count as a way of marking progress, either.

What do you writers out there think of word count goals?

PS – Those aren’t tears on my chart — just water that dripped off my cup. Promise!