Sonia is the author of The Revenant, winner of the Oklahoma Book Award and a Parents’ Choice Silver Award. The Dark Between, her latest “lively Victorian mystey” (Kirkus), received praise for its “blending of the empirical and the ethereal” (School Library Journal) and “engaging, page-turning plot” (Examiner.com). Sonia grew up in a small Tennessee town and spent her early adulthood collecting impractical degrees from various Midwestern universities. A former high school English teacher, she now writes full time in Oklahoma. Learn more at www.soniagensler.com.

I usually start with a place. In the case of The Revenant, it was a building in northeastern Oklahoma—gorgeously Victorian with turrets and a clock tower—which I was surprised to learn had once housed a Cherokee girls’ boarding school. The Dark Between started with a city, Cambridge, and in particular a women’s college, Newnham, which lies a short distance away from the city center in a quiet wooded neighborhood. When a place intrigues me, I start to wonder what sort of people might have inhabited it, and what kind of joys and troubles they might have experienced.

I am very visually oriented, so I often start with Google image searches for people and places that relate to my story. Those images often lead me to historical documents, websites, and scholarly essays. I use Amazon as a database for books on my subject, and then do my best to check books out from our local university library (exploiting my law professor husband’s library privileges). I often end up buying books, as well—I can’t seem to help myself. Visits to historical societies and archives are also a must, but only after I’ve done some preliminary research and have a certain comfort level with the place and/or time period. 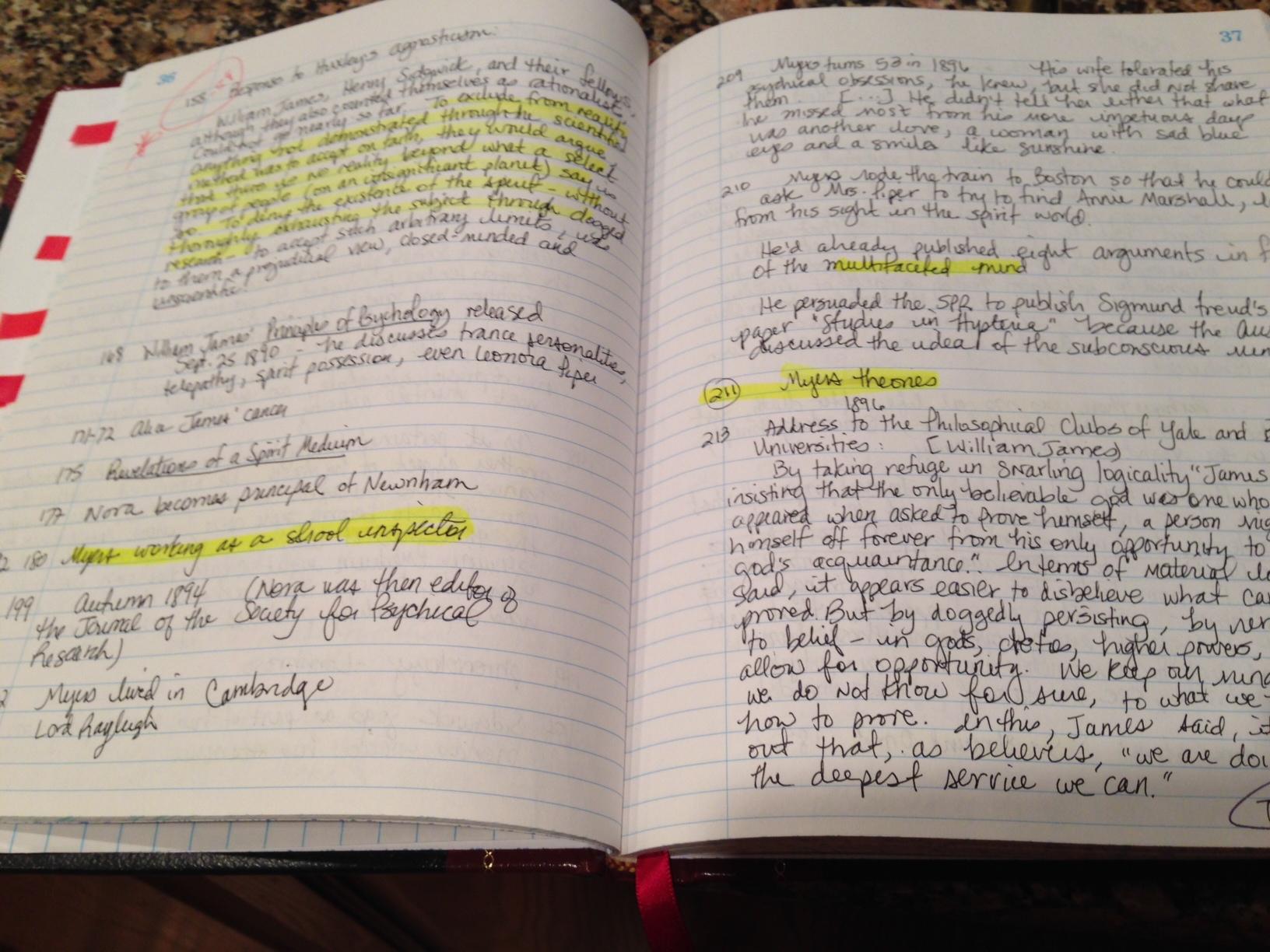 Research is one of my favorite parts of story telling, but my very favorite thing about research is the travel! I simply have to see the landscapes of my stories first hand, which in the case of The Revenant meant many, many trips to Tahlequah, OK, (fortunately I have good friends there who welcome me into their homes) and four separate trips to Cambridge, England for The Dark Between. (Hey, it’s a write off, right?)

First of all, I love to time travel. But even more I appreciate the opportunity to show female characters as strong, intellectual, and independent in time periods when these attributes weren’t exactly valued as “ladylike.”

I suppose it’s more of a “pitfall,” but there’s often a temptation to show off all the fascinating little historical details one has learned by inserting them into the narrative. It’s hard to do this organically, and if it doesn’t serve story or character, it shouldn’t be there. Kate Atkinson, author of the fabulous Life After Life says it better:

As a reader I dislike historical novels where I am continually stumbling over an excess of facts although I readily understand the compulsion to include all the fascinating stuff that you’ve spent so much time reading about, but there are few things more uncomfortable for the reader than to be constantly stumbling over the pathologically recondite research of an author.

I became obsessed with 19th century female mediums before I even had the plot established for The Revenant. When reading The Darkened Room: Women, Power, and Spiritualism in Late Victorian England, I learned that women often were attracted to mediumship because it offered a way to have power, prestige, and even wealth in a way that wouldn’t compromise their reputations as ladies, particularly to those who recognized Spiritualism as a religion. I was fascinated by how female mediums manipulated their clients, capitalizing on their own beauty, maternal qualities, spiritual authority, and/or exoticness. Like I mentioned in a previous answer, I love writing about active, intellectual females doing their thing in a time when women were supposed to remain passive in the domestic sphere.